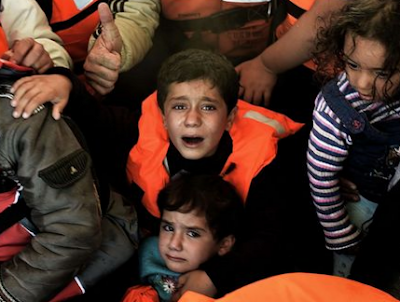 If you are a news junkie like me you find yourself bombarded by tragic stories. Stories of warfare and shooting. Murders, pestilence, weather events, man's inhumanity to man. After a while you become slightly inured to it all. But once in a while a story crops up that really sticks in your gullet and so it has been with a story I heard this week from Kalkan and Deniz's homeland - Turkey.

You will all have seen images of refugees packed aboard little boats, making for Grecian isles in the good old European Union. These desperate people are not allowed to board regular, approved ferries that would bring them safely to the islands. Instead, they have to shell out wads of cash to low-life people smugglers, fishermen and other greedy entrepreneurs in order to make the hazardous crossings. Far too many have drowned while the world has stood idly by - just watching.

Puzzlingly, many of these refugees lost at sea were wearing orange life jackets. Turkish police have raided one small factory in Izmir where cheap life jackets were being produced. Utterly useless, these things are filled with cheap packing materials that will not aid flotation in any way. In fact, they probably make survival less likely as they absorb water and become heavy encumbrances.

Of course, the majority of refugees have been Syrian yet in the Izmir factory the police found two young Syrian girls amongst the workforce - helping to make these useless death jackets. How tragically ironic!

The mentality of profit hungry opportunists leaping upon the understandably cautious refugees' desire for some degree of safety is quite abominable and not an outlook with which I have any empathy whatsoever. I don't like to swear in this blog but to me they are heartless bastards and I cannot think of an alternative word to properly describe these sub-human crooks. Will the Turkish authorities or international courts successfully charge  these vile people with being accessories to murder? Somehow I doubt it. They will get away with their blood money. There are probably other small businesses doing just the same right now as more refugees look hopefully across the Aegean.

Once in Serbia, the refugees are bused free of charge to the northern border with Croatia so why can't this happen down in Turkey - free crossings on official ferries that are perfectly safe and upon which there isn't even any need for passengers to wear life jackets?

As I say, the fake life jacket scandal is one of the most horrible stories I have heard in a while. Because of it, countless people have drowned. I know that there are other opportunist refugees leaping on the Syrian crisis to get into Europe but nobody deserves to die like that wearing a cheap life jacket stuffed with packing material. What are the United Nations doing? What is the damnable European Union doing? Their silence is deafening. 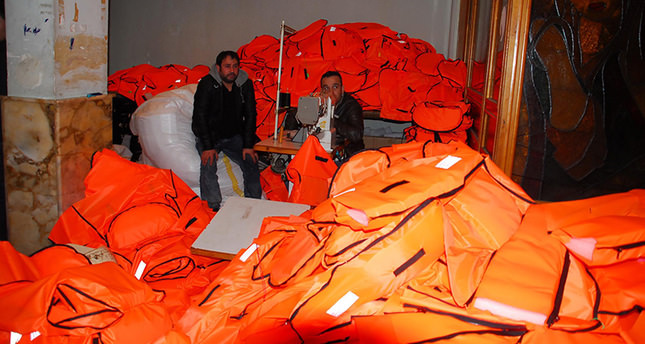