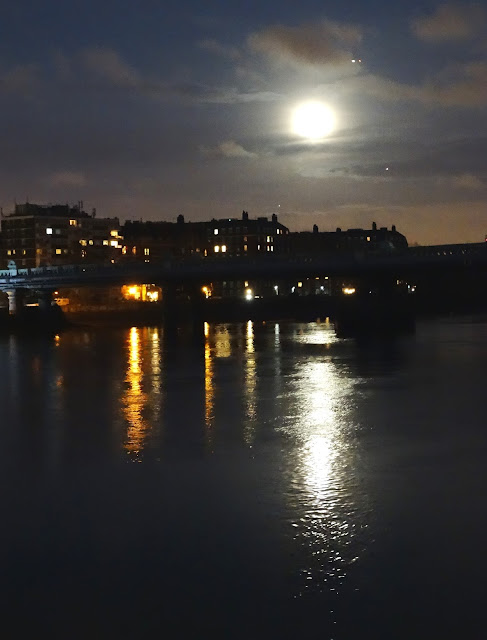 Flow gently sweet Thames - out to the wide seas beyond this sceptred isle. Mercurial moonlight dances on the water's surface as we look out from Putney Wharf following Hull City's smash and grab performance at Fulham's Craven Cottage ground. A sparkling airliner north west of the moon makes its way to Heathrow. We won 1-0 with a late penalty from our Uruguayan striker - Abel Hernandez and all was well with the world.

We walked back through Bishop's Park and over Putney Bridge to where the trusty Seat Ibiza was parked on Deodar Road. For a while at least, life always seems finer after a Hull City victory - especially away from home. It was a grand day out.

We had had lunch at a great little Italian place called "Giuliano's Deli-Cafe" in Putney. Pasta of the day was £6.95 but there were eight different homemade pastas to choose from. We could have two half portions and one of mine was blackened with squid ink. It was all very delicious in a nice homely way

After the game, we trundled around The South Circular Road towards Brixton and then on to Camberwell where The Delightful Daughter welcomed us. The Geological Boyfriend came along later and we all went out to a super Italian restaurant nearby - "Caravaggios" on Camberwell Church Street. A delicious and authentic southern Italian meal with fairly priced house wines and then on to "The Joiners' Arms" on Denmark Hill for two or three beers.

A drunken young man kept complimenting us on our lovely eyes - especially The Delightful Daughter's eyes. He was full of bonhomie and we didn't mind. Luckily, The Geological Boyfriend did not  feel tempted to test the hardness of a rock on this affable fellow's  bonce. As we left, I was irked to see huddles of young adults in the murky alleyway next to the pub, smoking cigarettes. How I despise that sad and stinking habit and how pleased I am that I have now been a non-smoker for twenty eight years.

And then back to The Cheap Hotel. Last time we were at the rear of it. This time at the front and you could hear the endless traffic passing below on Peckham Road, including ambulance sirens on their way to and from King's College Hospital. Fortunately, the Italian wine and the Worthington's beer allowed me through The Gateway of Sleep before many minutes had dissolved into that moonlit night and I dreamt I was walking in the Derbyshire hills with Abel Hernandez and Giuliano, singing, a traditional English ballad  to the tune of "Jingle Bells" -  "Oh what fun it is to see Hull City win away!". 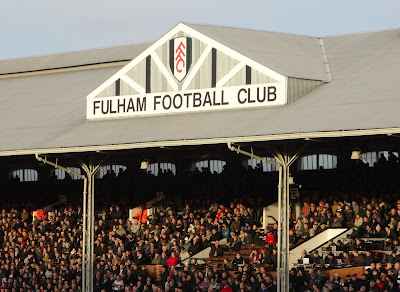