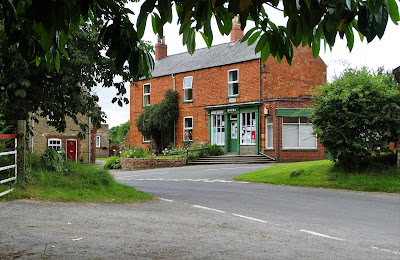 Back in the late fifties and early sixties, very few families owned cars. Though my East Yorkshire village had a population of just three hundred and fifty, there were several shops. Mrs Austwick had a little sweet shop, Mr Peers ran one of three grocery shops, Mr Lofthouse was the local butcher and Mrs Rosling ran the post office. People shopped locally in those days. They didn't drive to faraway hypermarkets to fill their boots with bulging carrier bags.

Nowadays, because of housing developments, my old village has a population of 2,500 but only one shop and there are more cars than you can count. Like villagers all over the country, people seem happy to travel several miles to buy their essentials. How things have changed.

Anyway, on Saturday I was walking in a rural part of Lincolnshire between Gainsborough and Lincoln. The walk took in four lovely and peaceful villages - Harpswell, Hemswell, Blyborough and Willoughton. Once their raison d'etre was agriculture and associated trades but today's inhabitants undoubtedly include a lot of "incoming" commuters and retirees.

It was a warm morning and by the time I reached Willoughton I was feeling quite thirsty. Magically, there before me, in the centre of the village, appeared Willoughton Post Office  with the family name "Moore" above the door. It was 12.20 but thankfully a notice about opening hours told me that it closed at 12.30 on Saturdays.

I pressed the brass latch on the door and went inside. It was like stepping back in time. Back to the very early sixties. In front of me was the glass-fronted post office section and to the  left and right wooden counters with shelves behind. The air was filled with a potpourri of aromas - bacon and stationery, cheese and furniture polish. A bell had rung when I opened the door and a timid woman in a floral apron soon appeared from the living area behind the shop.

She seemed wary of me - a six foot stranger in size eleven boots with tousled hair and a camera - as if she expected a hold-up or something. She had no fresh milk and no sandwiches so I grabbed a "Mars" bar and asked if she had any cans of pop. Warily, she put her hand in the chiller cabinet and pulled out a lone can of "Diet Coke". Who had she been saving it for?

Willoughton is well off the beaten track and I can't see that post office and general store being open much longer. It is a wonder that it has survived for so long. Once it would have been a bustling, vital facility with the bell above the door ringing regularly but now it has the air of a museum about it - like a window into a very different England  - one that evaporated many years back. 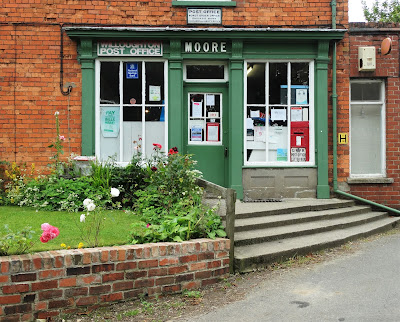