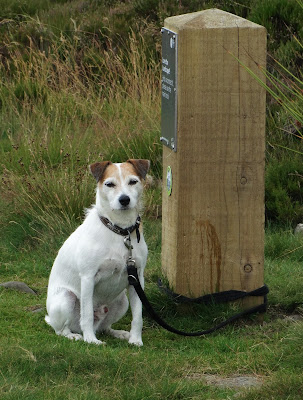 My week has been dominated by ten year old terrier Biscuit. We have been on numerous walks together - during the day and late at night. Last night we were strolling  round our neighbourhood after midnight when he spotted a cat running under a parked car. The barking that ensued was enough to wake the dead as Biscuit strained on his lead, almost dislocating my shoulder. I felt very bad about disturbing sleeping residents in houses close by.

It's worse when we encounter another dog on our walks. Then he's like The Hound of the Baskervilles, his eyes filled with bloodlust and me desperately holding his collar, pathetically pleading "Shush!" as his frantic barking threatens to burst the sound barrier.

With his stubby little tail wagging, Biscuit is quite a character but he has convinced me never to get a dog of our own. It's too much hassle. Dog hairs on our cushions and early morning disturbance and then there are the little piles of dog shit you have to clear up. Yuk!

But to me, worst of all are the walks. As you know, I normally love walking but I do not appreciate having my rhythm interrupted every twenty yards so that Biscuit can carefully sniff the undergrowth or street furniture before cocking his leg. I want to march on. Because Biscuit has to be kept on a lead, when he stops I have to stop.

This is the first time in my life I have ever looked after a dog and it will probably be the last. One thing that has amused us is his response to doorbell sounds on the TV. He may appear sound asleep but upon hearing a TV doorbell he starts to howl and runs for our front door before realising his mistake. We also laugh when he rolls over onto his back to have his belly rubbed. It's one of his greatest pleasures. I might start imitating that behaviour myself. The look of contentment on Biscuit's face during a bellyrub makes you think he's in seventh heaven... where ever that might be. Perhaps he's looking there in the picture below... 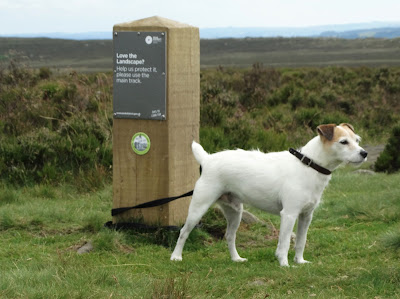 His owner, a university academic specialising in modern Japanese culture and society, will be retrieving Biscuit on Saturday. Not long to go now. There's a good dog!
- July 28, 2016