Weatherwise, yesterday was miserable so at midday I took myself off to the cinema, There were two films I would have liked to see but I plumped for "Sorry We Missed You" - directed by the legendary Ken Loach.

It was powerful stuff. Very English but not in a Downton Abbey or Dr Who kind of way. No - this was about the real England, gritty and true with all pretence stripped away. It is set in The North and focused upon one particular working family - the Turners. The plot follows their travails as the parents - Ricky (Kris Hitchen) and Abby (Debbie Honeywood) - try to forge a decent life within the current economic landscape of zero-hours contracts and diminished workers' rights.

He is a delivery man and she is a carer, visiting needful elderly "clients" in their homes. Abby says she hates that word. Ricky has no contract, just the illusion of self-employment. He is ruled by the hand-held tracking device that shadows his journeys and bleeps continuously.

Reviewer Beth Webb in "Empire" said this of the film: "Though relentless at times, this is a crucial, empathetic rally cry of a film that holds a mirror up to the swelling crisis of the gig economy with admirable intention."
The film contains many tender moments and the Turner family seem real and whole. They are not cardboard cutouts simply used to make a series of socio-political points. They laugh and they cry and they have hopes and dreams. That is why the audience is able to feel for them them as they fight their good fight.


Secondly, I wish to share news of a personal triumph. Some of you will remember that I contribute regularly to a geographical website that continues to illustrate every square kilometre of The British Isles with photographs. Every week there is a "Photo of the week" competition and for Week 43, one of my pictures was chosen as the overall winner - selected from three thousand eligible images. You saw it here first but here it is again:- 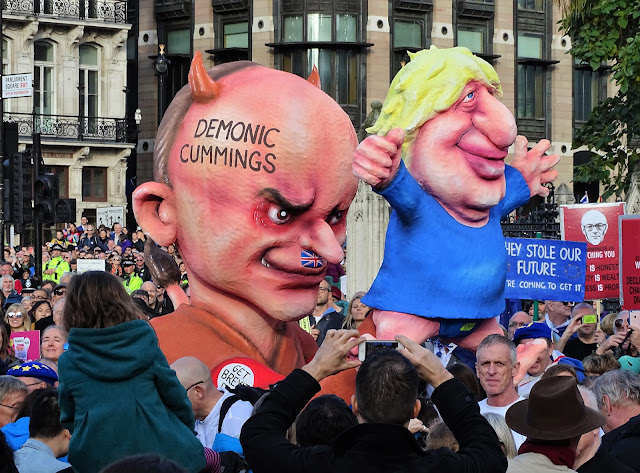 And here it is as it appears on the geograph website.