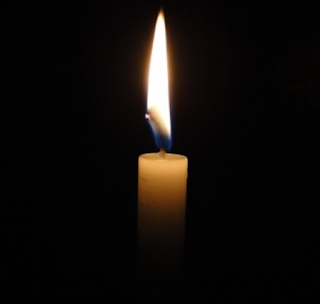 I woke to shocking news.

A young man had taken his own life. He was 31. We had known him since he was two years old.

He once lived just across the street from us with his parents, his older sister and his younger brother.

Many times he played in our garden and came to birthday parties. He was just a few months older than our Frances.

He didn't find much success at school and ended up working in our local Co-operative supermarket. If I saw him down there we would invariably have a little chat.

There was always an aura of sadness about him. It was as if he was living a life that he didn't really want - a life that would hardly do. He also had Type 1 Diabetes.

Four years ago he got married with small celebration. I was pleased that he had found someone to love him and maybe his new wife would help him to build a happy, worthwhile life. Sadly, it didn't work out. Unemployed and unhappy he ended up back at his parents' house. He was always troubled somehow.

His parents are lovely people - kind, generous and understanding - always proud of their three children. They supported him, cared for him - even when he played computer games all night long and got up after midday. They cancelled holidays and stayed home, concerned about what might happen to him. He had threatened suicide before. They had paid for counselling services and he was often at his local health centre.

But yesterday it happened. The little blonde haired boy who played in our garden has gone away. The troubles and the pain that he found in this life have suddenly evaporated. His parents will be distraught, almost broken in two. Shirley is round at their house now, listening, giving comfort. It was a hanging but I don't know the full details of his death. That doesn't matter too much. He has gone and he is never coming back.

As with any suicide, you wonder what might have been done to avoid the taking of that terrible path. You wonder where it all went wrong and you recall that at times like these people will often say - he is at peace now.
- November 22, 2019