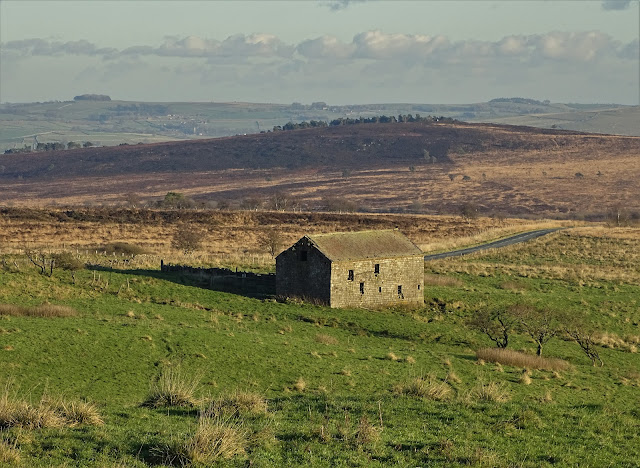 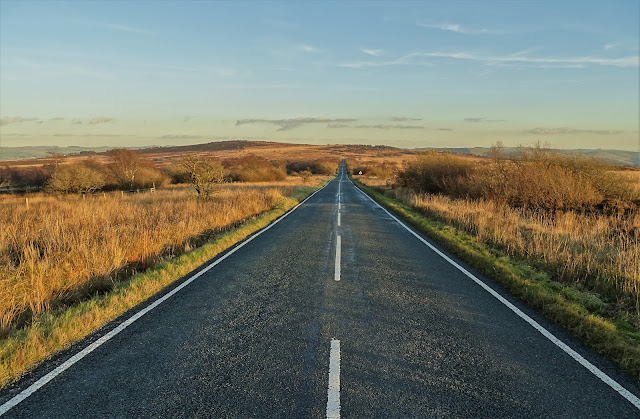 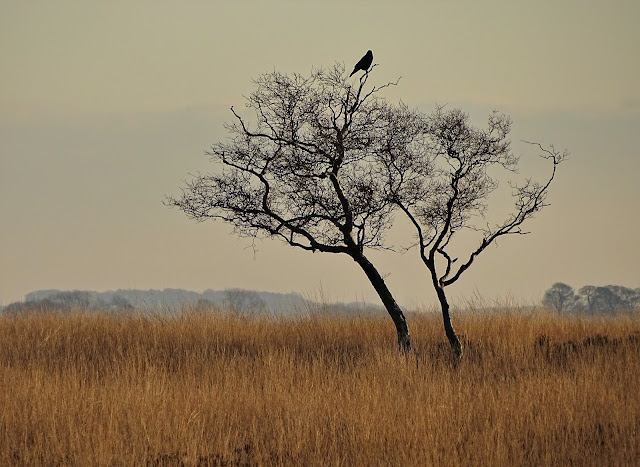 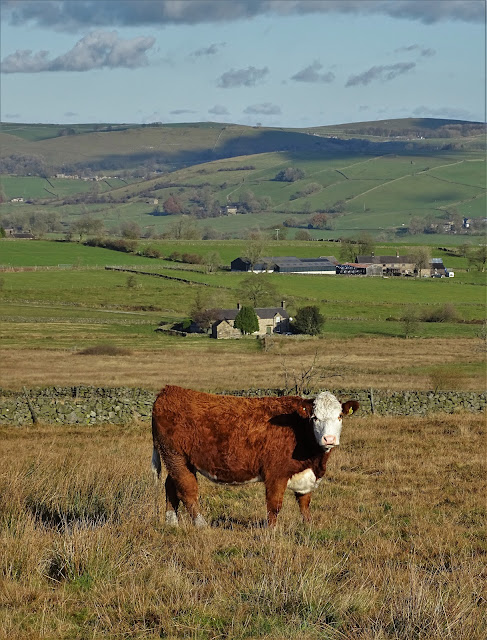 To be honest, I couldn't think of anything to blog about today so I am just sharing more images from my ramble in Staffordshire last Monday. At the top you can see the barn where I conducted some (cough-cough) private business before falling down in the field that is next to the lane you can see to the right of the barn. I wasn't Batman, Superman or even Bananaman - I was Mudman.

The second picture is of the moorland road that leads to the village of Warslow while the third photograph, in fading light, shows a bird surveying its domain. Having magnified that image I believe it was a bird of prey though it might have been a corvid.

The fourth picture shows a cow on the edge of Revidge Moor  with a view across The Manifold Valley to Derbyshire. As some readers may recall, I am forever being observed by cattle. It can be quite unnerving.

Below Paris you can see The Meike Riley Tumbledown Farm Building. It was specially created for the well-known Ludwigsburg blogger who often visits this blog because she is attracted to old ruins like me. It is located close to a farm called Cuckoostones - which is true. I rather like that name.

The last picture is of a horse and rider at Oxbatch - riding down the quiet moorland lane to Folly Farm. Beyond you can see another view of The Manifold Valley.

And so that is that. I haven't been able to get out for another long walk in the intervening days but my boots are now dried out...ready once more. When the time is right and good light is promised, I will be out there again, tramping along. 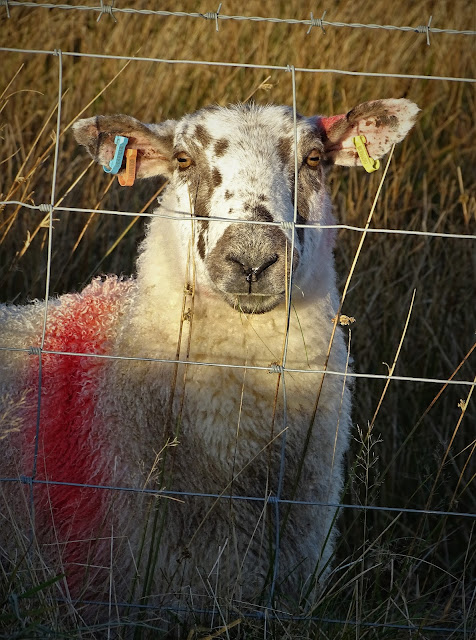 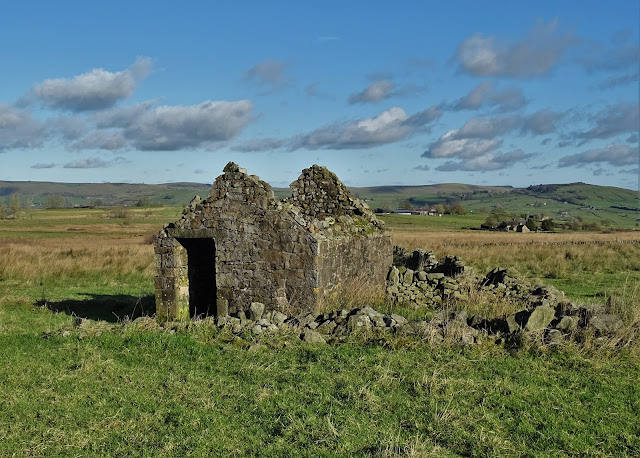 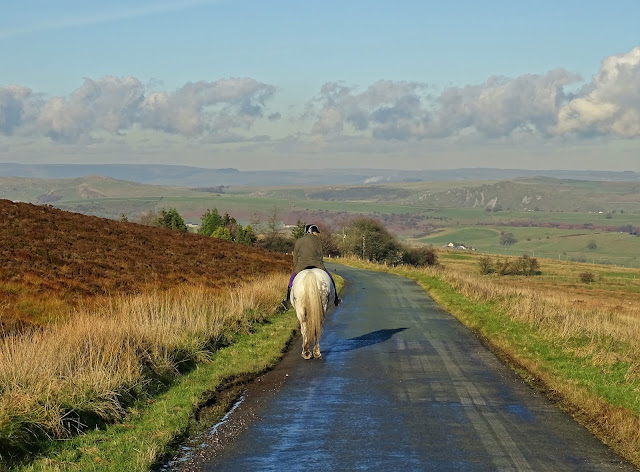