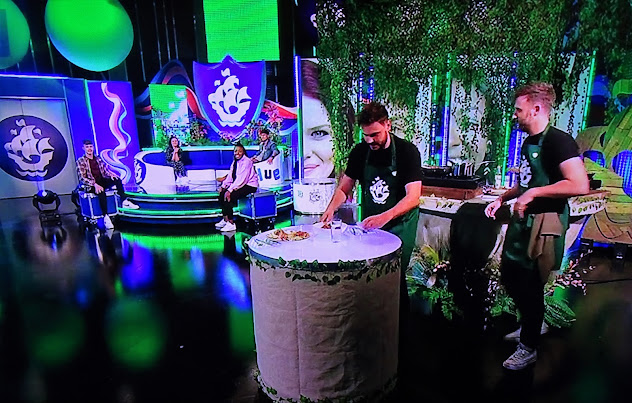 There was a collective sinking of hearts throughout these islands this week. Worries about coronavirus figures have caused a reversal in our efforts to get back to some kind of normality.. The Blonde Buffoon appeared on our TV screens in a glum mood emphasising words like "must", "should",  "death" and "sorry". Of course, not one  "sorry" was related to his blundering leadership.

Partly for blogging posterity, let me relate the latest coronavirus figures for Great Britain and Northern Ireland. Yesterday there were a further 6634 cases and 40 new deaths. The figures are clearly starting to rise back up as in France and Spain. Total figures for our country so far - 416,363 known cases, 41,902 deaths. Deaths per million citizens equals 616.

Having followed the statistics from the start of this ****ing pandemic, I have  become very suspicious about calculating procedures in different countries. There should be a consistency of approach but there clearly isn't. In any case, how on earth would authorities gather accurate numbers in Malawi say or Bolivia? And what about Putin's Russia? They claim to have had 1,136,948 cases but only 20,046 deaths. Could there possibly be political influence in the reporting of Russia's figures? Surely not!

Anyway, I went down to the local pub last night to chat with Bert and Steve. There weren't many customers in and we had the tap room to ourselves. It was table service only and you had to be out of the pub by The Blonde Buffoon's 10pm closure time. If not sitting at a table you have to put a mask on. So depressing to be heading back in time and there's Christmas up ahead. What will it be like this year?

University students are being told to stay in their rooms and it is mooted that they won't be allowed to travel to their family homes for Christmas. Jobs are disappearing down a black hole - hundreds of them. This ****ing thing goes on and on. I am bloody sick of it. Aaaaaargh!

But on a happier note, our lovely son Ian and his mate Henry appeared live on Britain's most famous children's TV show last night - "Blue Peter". It was a "green" edition of the show - filmed in Manchester. They cooked two vegan dishes from their new recipe book and the only other guest on the show was the great David Attenborough though his piece was filmed at an earlier time. Ian and Henry both received green "Blue Peter" badges before heading back to London by train - first class seats courtesy of the BBC. 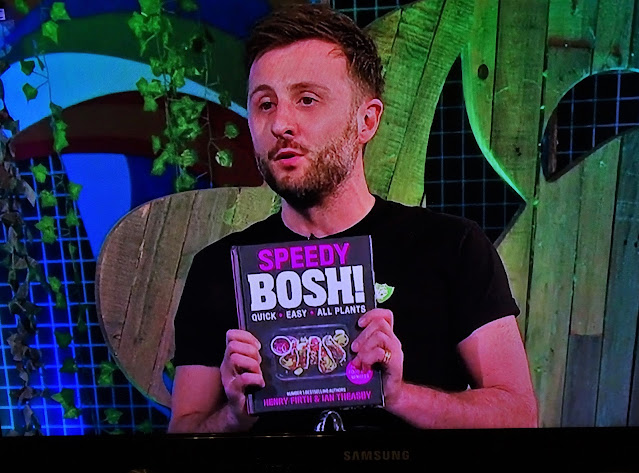