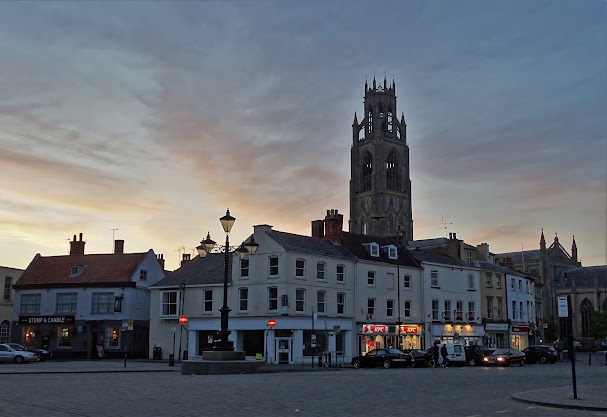 How very kind the weather has been during our week in south east Lincolnshire. One could not have asked for better days at this time of year and not a spot of rain. has fallen. Tomorrow, Friday, the sun will beam again.

Today we tootled along country roads to Coningsby and Tattershall where there is a fine brick castle that dates back to the mid-fifteenth century. It was the palatial home of Lord Ralph Cromwell, Treasurer of England, built on the site of an even older manorial building. Unfortunately,  the castle grounds were closed to the public today because of the big black crow - CORVID 19! 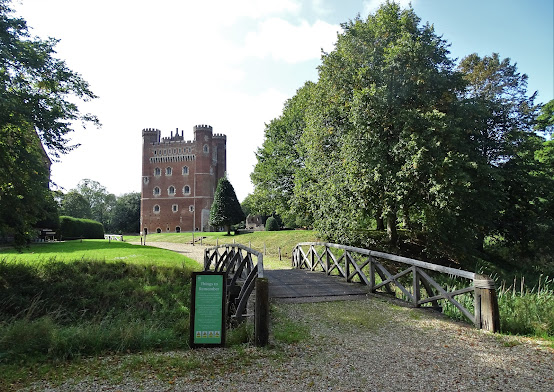 Tattershall Castle - closed to the public because of the pandemic

We bought "meal deals" from the Co-op in Coningsby and consumed them in New York. I kid you not - there is a little village in east Lincolnshire called New York. We sat in the village's sunny graveyard amidst the dead, chomping sandwiches while reading our books. The dead remained perfectly quiet, snug beneath the green sward.

In the evening, we headed into Boston for dinner in a Thai restaurant that overlooks The River Witham. It was a good meal but when you have lived in Thailand - as I have - you can get a little picky about the authenticity of Thai cuisine. Good but not excellent.

By the way, Boston Massachusetts announces on its city signs that it was founded in 1630. Boston Lincolnshire was founded at least four hundred years earlier. The town signs don't even bother to declare that fact. I am just saying. 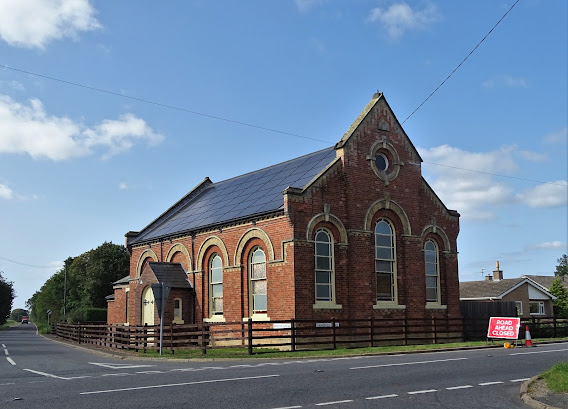