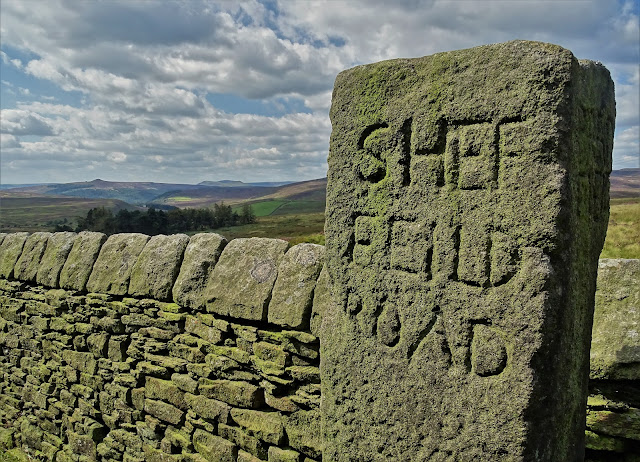 A short walk yesterday. Not even two miles. I wanted to see the old stone guidepost at Moscar Cross. Somehow previous walks had circumvented it.

Not much further along the track and I reached the old guidepost. It has writing on all four sides. The side that faces east reads "SHEFFEILD ROAD". You might say that "SHEFFEILD" is a mis-spelling but back in the eighteenth century when the post was most likely raised , accuracy in spelling was not as fierce or precious as it is today.

The guidepost would have stood at a bleak moorland crossroads - a resting point for drovers with animals and for carriers and merchants travelling cross country. A lot more walking happened in the olden times and a guidepost like the one at Moscar Cross was the closest folk got to a satnav or even a map.

There were scudding clouds in the sky and September's sunshine was bashful. I waited for a gap in the clouds so that the guidepost would be nicely illuminated. Sunlight can make all the difference and I am rather pleased with the image at the top of this blogpost. The wait was worth it. 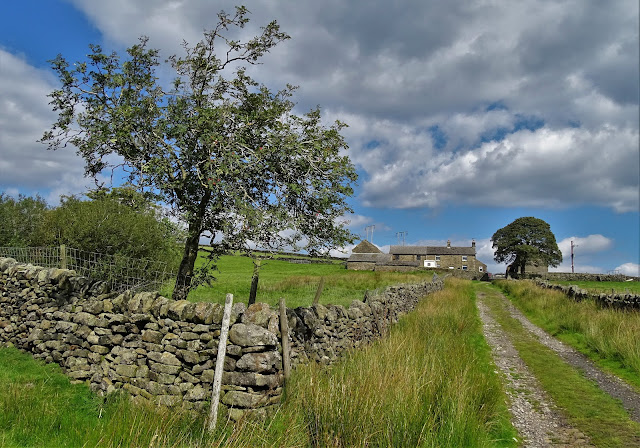 Moscar House
The walk continued to Sugworth Road and then along a track to Moscar House - a remote farmstead. A couple were approaching with the woman in front. She smiled at me and we said "hello". I also said "hello" to the man coming up behind her but he studiously avoided eye contact and said nothing so when he was level with me I added, "Don't say hello then you ignorant sod!" Fortunately, there was no fight.

Beyond Moscar House  I knew there was a public footpath heading east but I could not find it and the terrain looked boggy so I turned back and took the farm track to Moscar Cottage. Soon I was walking on the verge of the A57 with Clint half a mile ahead. I could hear him singing as I approached. It was "Driving Home for Christmas" by Chris Rea. Good Lord! That silver Hyundai knows how to mangle a great song! 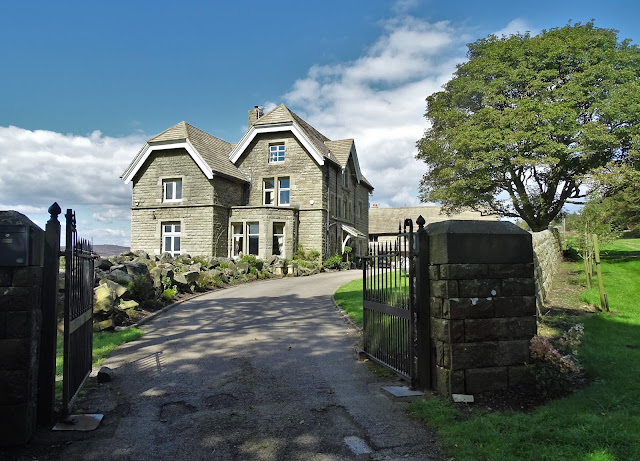