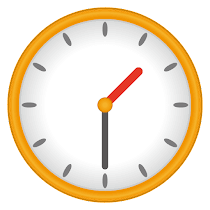 It's one thirty in the morning. I went to bed early - at midnight, confident that I would soon be in slumberland. But nothing happened. Sleep refused to embrace me.

After an hour and twenty minutes, I got up and came back downstairs. Mug of tea and two ginger biscuits. D.J.Trump on BBC World News  brazenly trying to smother criticism of his tax dodging. Apparently it is all "fake news".  Shouldn't a president play by the rules?  He even dodged Vietnam with a made-up medical condition.  It is outlandish that the guy even gets to stand for president.

I think there's two reasons I could not sleep. Firstly, the now regular Monday afternoon trip to a local pub to meet up with chums. I am just not used to drinking beer at that time and it kind of upsets my equilibrium. It didn't help that I had a half hour nap after our evening meal.

Secondly, I am worried about a huge bill for repairs and upgrading at my daughter's flat in north London. It's as if she and all other homeowners on her street have walked into a terrible trap engineered by Haringey Council. It's going to break some people and she has cried a few times about it. Not a good thing when you are twenty seven weeks pregnant. Of course it's okay for the council tenants who occupy flats on the street. They won't be landed with huge bills. It all seems so unfair and it has been preying on my mind since I heard the awful news last Wednesday.

It's now past two am. The tea is finished. The blogpost is almost done. I want to go walking in the day ahead. Good weather is promised. Like last week, Tuesday is going to be the best day. Perhaps sleep will come to me at the second attempt. I need it if I am going to head out for a walk. Night-night.