I have not padded through the Taj Mahal,
barefoot, listening to the space between each footfall, picking up and putting down its print against the marble floor. But I
skimmed flat stones across Black Moss on a day so still I could hear each set of ripples as they crossed.

Above - Words from another Yorkshire "pudding" - the poet and broadcaster - Simon Armitage. They have been in my mind a while now. I think they say to us that what matters is not the headline things we do but how we experience things. Here's my variation...

I haven’t shaken hands with a President or a Prime Minister but I have seen a mother wren feeding her babies in the nesting box up our garden.
I haven’t scaled Everest with sherpas but I once found a bleached white sheep’s skull in a Derbyshire field.
I haven’t had a backstage pass for The Rolling Stones or Coldplay but I have marvelled at a canopy of silver stars from a pitch black Irish lane.
I haven’t surfed off Bondi Beach or Hawaii but I once saw the world’s sharpest rainbow arching over a Hebridean bay.
I haven’t been to The Derby, Wimbledon or a Grand Prix but I have held a clutch of home-grown new potatoes in my hands. 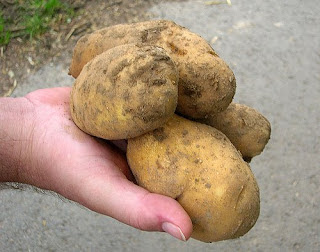 I haven’t had my name splashed across national newspapers but I once bought the filthy beggar outside “Spar” a cheese sandwich and a can of beer.
I haven’t learnt to speak several languages fluently but just last Monday night I followed a wiggly hedgehog all the way home up our city street.
I haven’t dined with dukes or princesses nor have I ever swum with dolphins but once I saved myself from drowning in a distant ocean when there was no one there to hear my gulping cries for life... only those salty waves and the treacherous current...