Is it just me? Or does anyone else find certain media celebrities intensely irritating? Take the radio for example. I listen to it every day travelling to and from work. Also, while grafting

in the kitchen while Shirley puts her feet up, I will often press the wireless button - usually it's Radio 4 for news or comedy. Sometimes Radio 5 Live for the sport.

Locally there's Radio Sheffield which I like to listen to in the morning for local news. Unfortunately, there's a big downside to that listening experience - namely the breakfast radio host - Toby Foster. His humour is so banal. He is full of himself, doesn't really listen to other people and makes light of sometimes serious issues. He derides cricket, buts in when songs are playing, has a very limited vocabulary and tries to come across as an opinionated man of the people. I have taken to switching radio stations when the news is over - such is the irritation he causes. 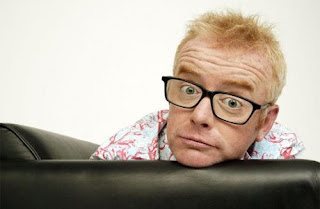 Similarly I despise Chris Evans and Steve Wright on Radio 2. They are equally banal, equally false and irritating, loving the sound of their own smarmy voices. Ever heard "Steve Wright's Sunday Love Songs" on a Sunday morning? This is sugar-coated yukky nonsense with moronic listeners pledging their love over the airwaves while Steve pretends to care. It might go something like this with romantic violin music playing in the background:-

STEVE WRIGHT ....And here's a message from Reginald in Cleckheaton "Dear Steve, I have lived with my 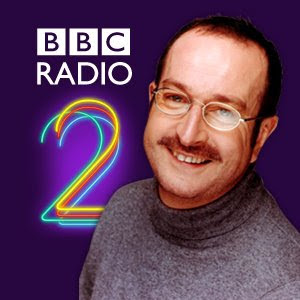 wife Ethel for thirty eight years. We first met when she was a bus conductress in nearby Leeds. When she punched my ticket, I looked into her big brown eyes and fell in love. Yes it was love at first sight. Please play anything by Cliff Richard and tell her that I love her very much and she is still punching my ticket." So specially for you Reginald, here's Cliff. Enjoy...
(Plays "Living Doll" while Wrighty stuffs his face with a bacon sarnie.)
STEVE WRIGHT.... Kylie from Northampton phoned in.
KYLIE (Phone recording) "Hi Steve! Just wanted you to tell my boyfriend Reidski in New Cross that I had a lovely weekend and I love him loads! Bye Steve!"
Why anyone would feel the need to express their romantic leanings and personal affections over the radio is as mysterious to me as why the United Nations haven't invaded Zimbabwe to oust cruel and crazy dictator Robert Mugabe. They could always give him a slot on Radio 2. I'd rather listen to him at teatime than the comeback four-eyed twerp who is Chris Evans... or maybe "Sunday Love Songs with Robert Mugabe"? See you Wrighty!
- July 02, 2008