Birmingham used to be a vast sprawling but unknown urban industrial jungle somewhere in the heart of England. However, since Frances started university there, Shirley and I have been getting to know the place. Co-incidentally we were at a wedding there on Saturday. Former work colleague Jonathan was marrying Denise.
After the service, we checked in at the Eaton Hotel on Hagley Road then with an A to Z in hand we walked through leafy Edgbaston down to Hornton Grange where the wedding reception was held. We passed some beautiful properties set in mature gardens. Sometimes it felt as if we were on a stroll in the country - not hiking through England's second city.
On Sunday morning we had a leisurely breakfast and then drove into the centre of the city to visit the Birmingham Back-to-Backs "exhibition". Just next to the Hippodrome and on the corner of Hurst and Inge Streets is the last remaining "back-to-backs" court in a city which once boasted thousands of these cheap housing solutions - home to many thousands of working class families for a hundred years beginning around 1830. How cramped and primitive conditions must have been. 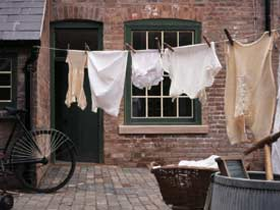 Ironically, the National Trust has spent around a million pounds rescuing "Court 15", turning it into an important attraction which recognises and pays homage to the downtrodden masses who had to live in these tiny houses - which were literally "back to back" with only one door in and out of each three room/three storey house. In the shared courtyard there were privvies and a wash-house and - only towards the end of the nineteenth century - a tap which provided clean running water. Previously, water had had to be carried from a well about a hundred metres away.

The heritage industry seems to prefer to preserve and promote the homes of the rich and influential. Rarely does it even nod towards those who made empires and powered industry - the workers. In this city where I write this post - Sheffield - there also used to be hundreds of back-to-back courts and I have a friend who was born in one such "slum". We are pretty sure that there are absolutely no back-to-backs remaining in Sheffield. They were bulldozed away to make space for new roads, high rise flats and industrial estates. All of those songs, those rows, those mothers calling their children in as darkness fell, those rentmen knocking, those lamp-lighters and knockers-up, those drunken husbands squandering precious wages, that laughter, those neighbourly memories... not even an echo is left. But in Birmingham, the "Back-to-Backs" exhibition allows you to peep through a keyhole into the antithesis of Narnia. 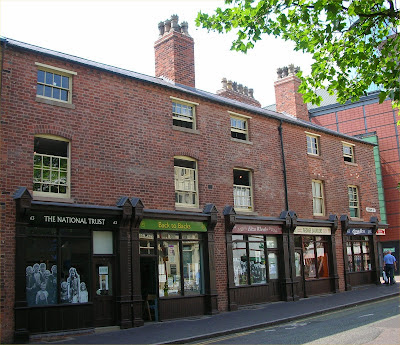