Last week I went to see two films. Firstly there was "Avatar" directed by James Cameron and then "A Prophet" directed by Jacques Audiard. What do you want from a movie? For me it is about being gripped so that you are lost in the film, unaware of time and uninterested in the kind of mental wanderings that accompany the viewing of poor films. 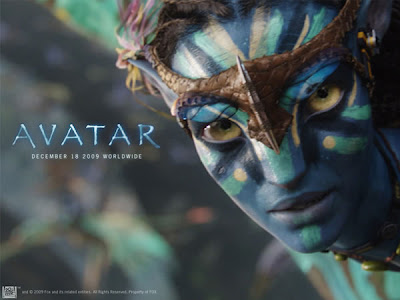 Visually there is no denying that "Avatar" is a masterpiece - at times quite breathtaking. I had never seen a modern 3D film before so it was a novelty to sit there in the semi-dark with my 3D glasses on. When the main humanoid avatar is walking on high mossy tree limbs far above the ground you experience a vertiginous sense of distance and the danger of falling. However, the core storyline of this film is quite banal and predictable. The "awesome" shoot-em-up scenes near the end are yawn-making - by then the novelty of the 3D effect was starting to wear a little thin. However, I accept that in order to gross massive profits the film had to have mass appeal. Subtlety and courage in the storyline might not have gone down too well with generations raised on Sonic the Hedgehog, Armani Rice Krispies and reality TV shows.

"A Prophet" was always focused on the central character - Malik El Djebena played by Tahar Rahim - a rookie prisoner in a tough French jail, dominated not by the prison authorities but by different power factions within the prison such as the Corsican mafia and North African muslims. Gradually Malik finds out how to survive in jail as the power dial shifts to him. Delivered in French with English subtitles, this disturbing film is a long way from Hollywood schmaltz. It provides a view of prison life that is rough and impolite, a world in which "dog eat dog" and "watch your back"appear to be the inmates' guiding principles. I am not a fan of gratuitous violence in films but the swift moments of shuddering violence in this film are essential to the overall tapestry. 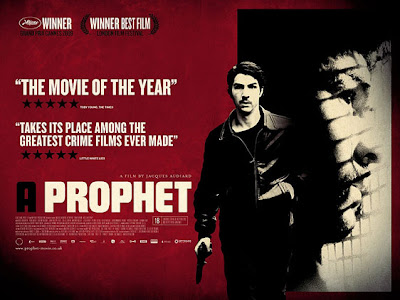 The other week I saw "The Road" - for me a five star film that held my attention throughout. "A Prophet" also creeps in to that five star category but I was rarely lost in "Avatar". The story was nothing new and surely that's what thinking movie goers are after - stories that enthrall you, that make you think, that get under your skin like a good novel. Generously, I award "Avatar" three stars - one for each of its three dimensions - but guess that it will be a big oscar winner at the Kodak Theatre in Hollywood on March 7th.
- February 09, 2010