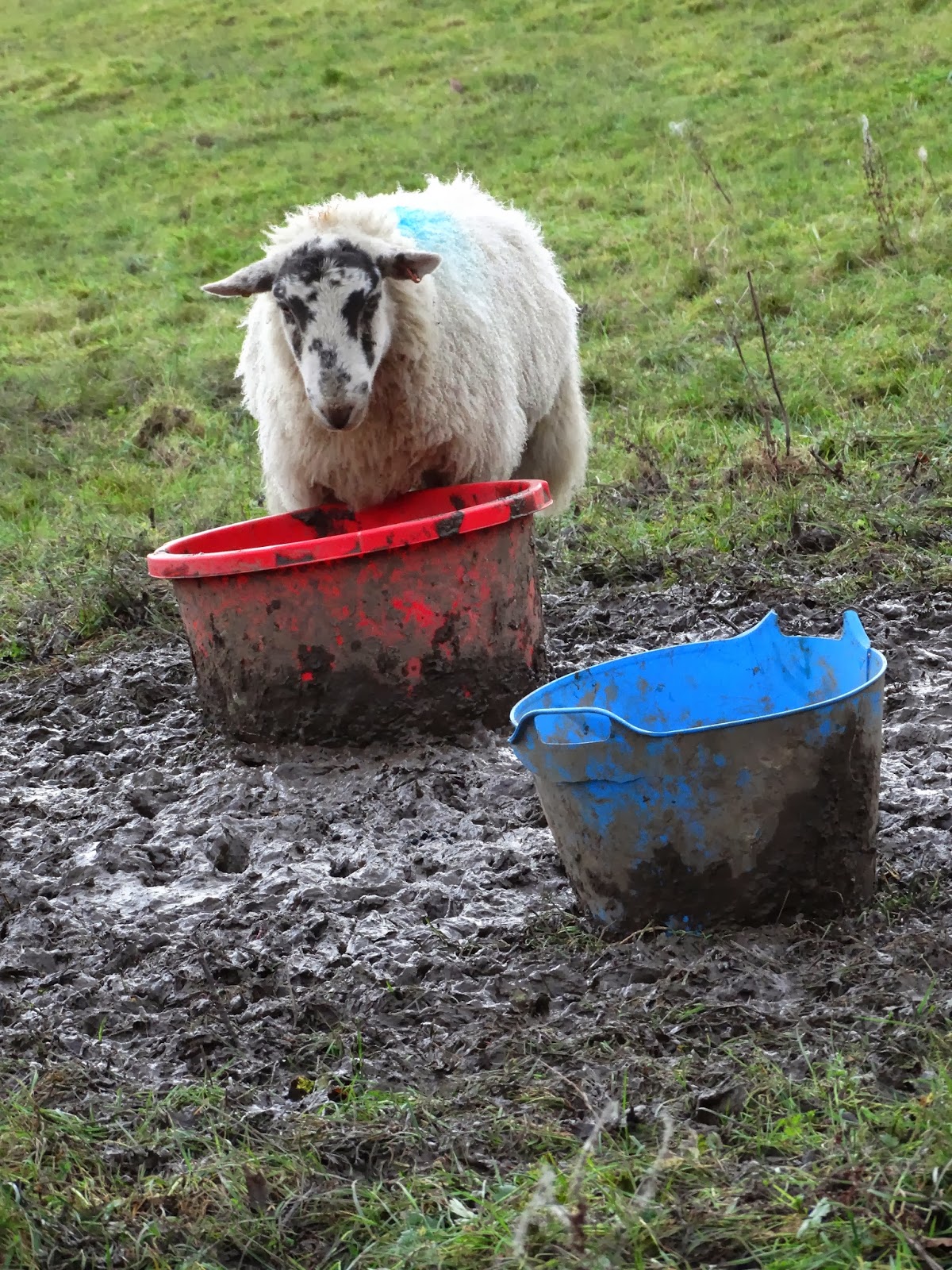 A rather grey January afternoon. Whilst walking in the Mayfield Valley - just five minutes by car from our house - I stopped to take wintry photographs of some sheep by Old May House. I was partly attracted by the red and blue buckets - containing food supplements. Being an arty-farty kind of fellow, I thought those colours would add extra visual interest. 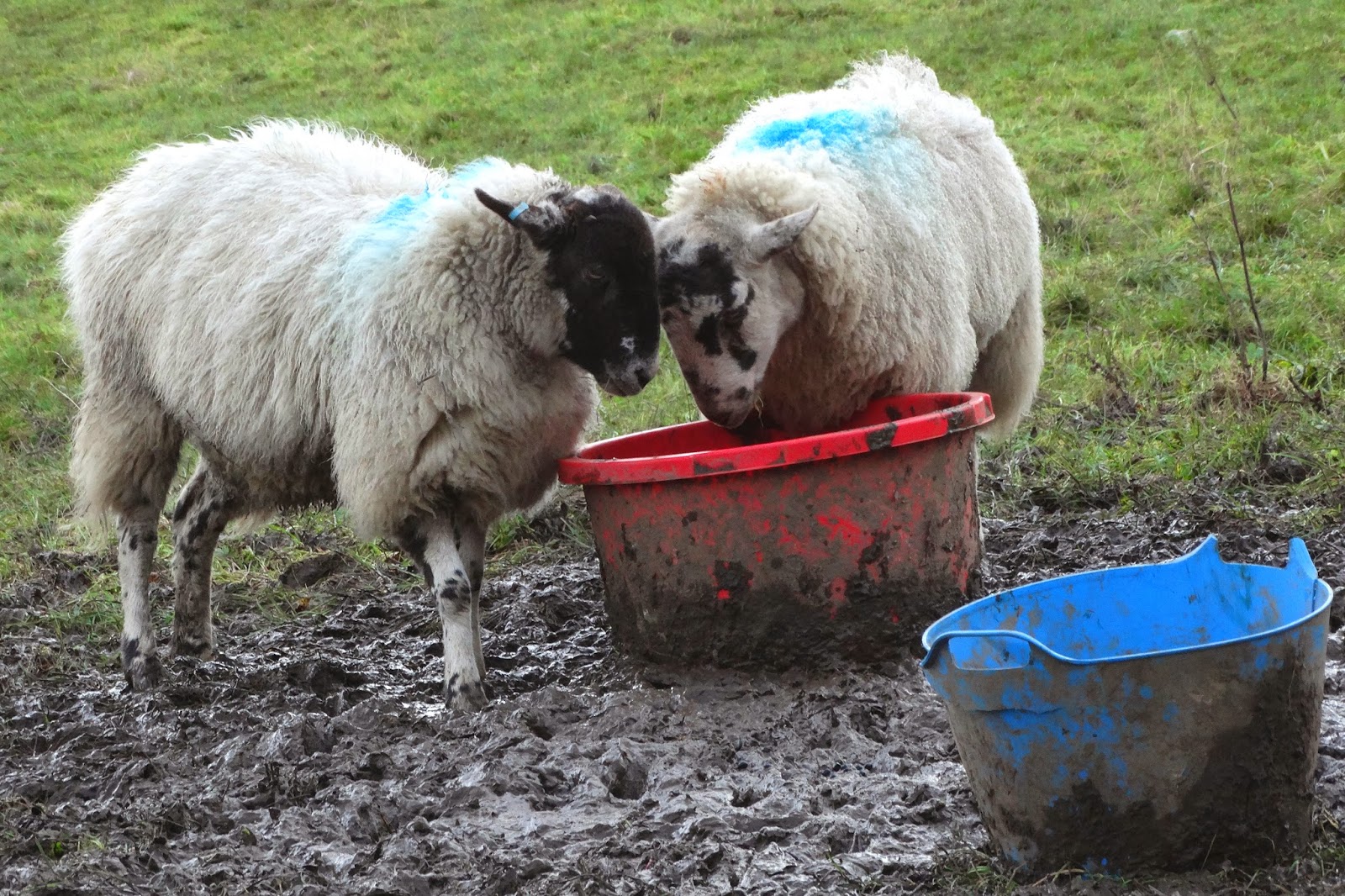 Sheep are not native to the British Isles. It is believed that they were first introduced about four thousand years ago by our neolithic ancestors. As centuries passed, ovine husbandry advanced and by the middle ages, British sheep were a source of enormous wealth. The woollen industry was largely responsible for the growth and national importance of several East Anglian towns - including Thetford, Kings Lynn, Norwich and Bury St Edmonds. Back then these places were far more significant than Manchester, Sheffield, Birmingham or Liverpool - towns that only really came to prominence in the late eighteenth century.

Below there's an exceedingly woolly sheep that I spotted above Hathersage a few days ago. She  must have managed to dodge the shearers in the summer. 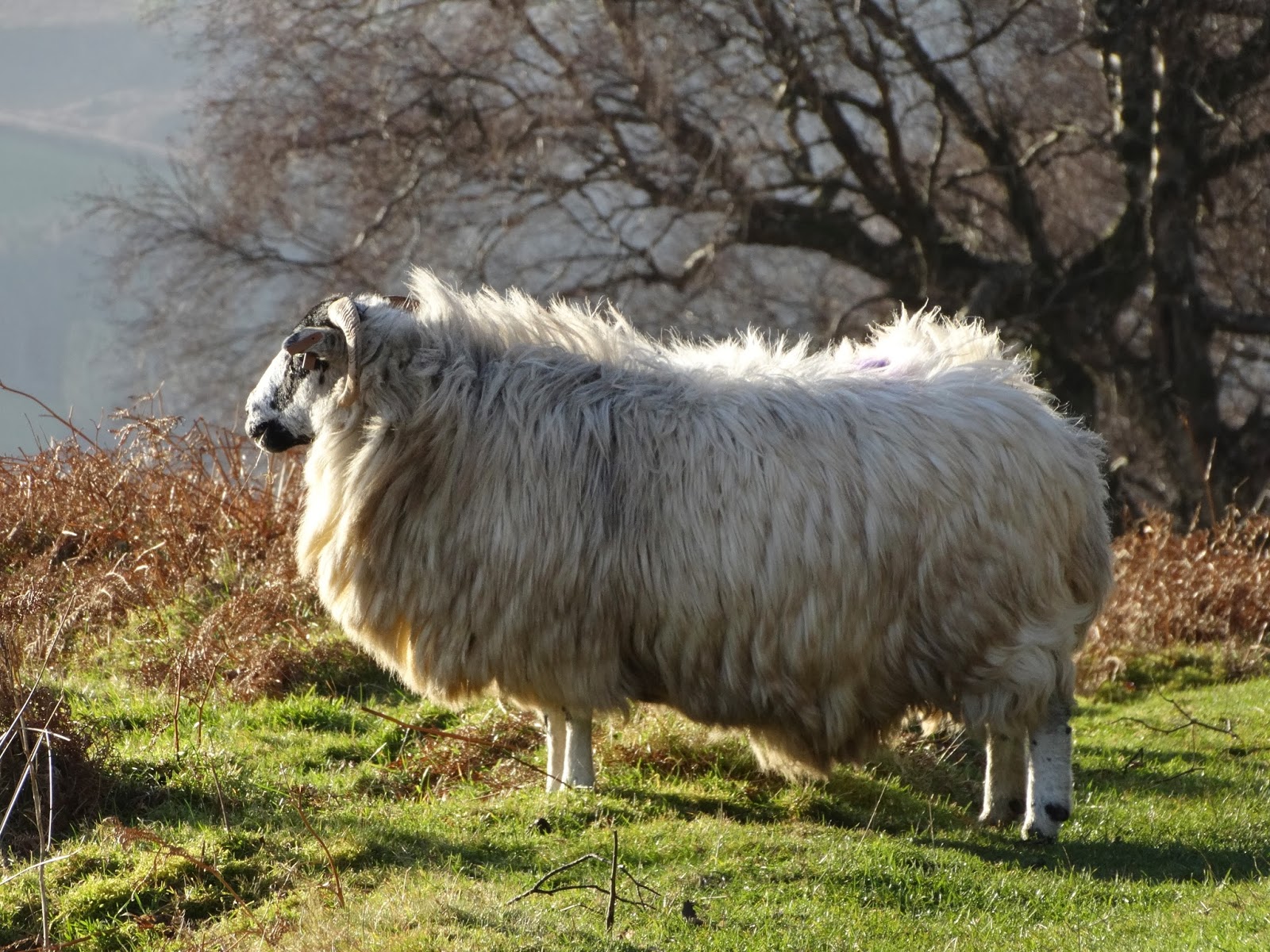 She belonged to this small flock, backlit by sunshine streaming into the Hope Valley through  late December mistiness:- 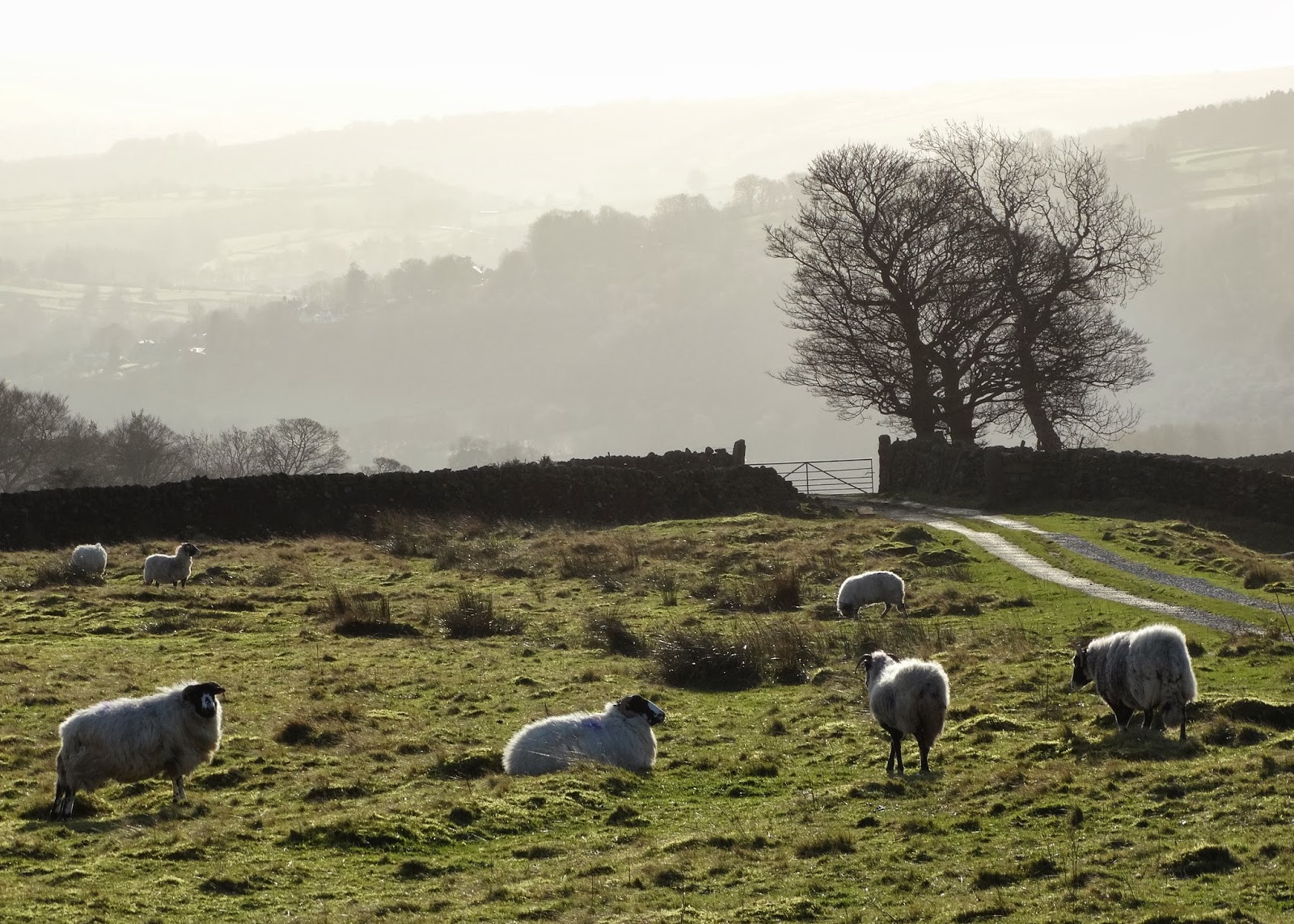 As previously remarked, sheep are not native to these islands but neither are cows or goats - nor rabbits or chickens. And it's worth remembering that wheat, potatoes and all salad plants were also introduced at different times. It makes you wonder exactly what our distant ancestors ate. Fish, oats and other grasses, certain roots, berries, hunted animals such as wild boar and deer, birds, birds' eggs, native plants like nettles and comfrey. I'm not even sure that the latter  are in fact native plants. It must have been such a  challenge to put food on the table each day - especially in wintertime.
- January 07, 2014