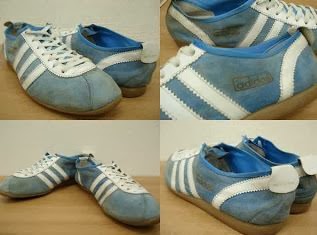 When you can look back over half a century, you notice many changes. Of course there are the obvious things. My family's first television boasted two rather primitive channels - both in fuzzy black and white. I can remember when it arrived though I am still grateful that the first six or seven years of my life were spent in a largely peaceful, television-free home. Today television is sharp, colourful and clear. Programmes are slick and professional - even though you may not like many of them. And there's so much choice.

Then there's the often mentioned computer technology and air travel. Both have changed the way we see the world and how we communicate.

And I can recall the very first supermarket that opened in East Yorkshire - the "Savemore Stores" near King Billy's golden statue in Hull's old town. Our family began to go there every week. My mother always loved a bargain - probably because she herself was raised in poverty close to the coal mine where her grandfather worked. That first supermarket was a rough old place with narrow aisles you had to squeeze down and boxes piled high. Today's supermarket palaces appear to have been designed by space scientists, interior designers and logistics gurus, working in tandem to squeeze as much profit out of shoppers as possible.

Nowadays running and jogging are very common. There's a whole industry devoted to this rather bizarre activity. You see runners puffing along in parks and suburban streets or rural lanes. Frequently, while I am plodding in the countryside admiring the view, runners in fluorescent vests will whizz by me. But when I was a boy nobody went running - apart from dedicated athletes at running tracks or schoolchildren on obligatory cross country runs. The idea of running as a leisure or fitness pursuit for ordinary people was out of the question. So canal tow paths, public footpaths, village or suburban streets were all runner and jogger-free zones.

Today we have sports shops - sometimes of warehouse proportions - stocked with a whole array of sports shoes - what we English call "trainers". But as I recall, in the early sixties there simply weren't any "trainers". The few people who did take up running would wear special "spikes" and for PE lessons children would wear canvas plimsolls or "sand shoes". It was only towards the end of the sixties that shoes resembling modern trainers began to appear. I can still recall my first, second-hand pair. They were light blue "Adidas" shoes with white stripes down the side but I didn't wear them for running, they were for teenage coolness. "What are you wearing them again for?" my exasperated mother would demand to know.

So there we have it. A sixty year old old phart observing the passage of time and some of the changes he has seen. And isn't it interesting how birds of a feather flock together - so that blogs like this one or "Helsie's Happenings" or "Going Gently" or "Adrian's Images" or "Rhymes With Plague" tend to attract senior visitors? I am not sure why this should be as none of us put up barriers to warn off teenagers or twenty-somethings. Perhaps we have bored them away. But what I really wanted to learn about was some of the changes you have noticed - perhaps less obvious ones like the running phenomenon I have highlighted above
- January 08, 2014