Last Saturday, after The Tigers' sterling efforts at Wembley, Shirley, Ian and I made our way back into central London. We had a drink in a bar just off Leicester Square where we met with a delightful young lady called Danielle. Ian has been "dating" her as Americans are wont to say. I don't know what she will have made of our football shirts. Then we strolled into Chinatown for an evening meal in a pleasantly basic restaurant that Ian has visited several times. No airs and graces just wholesome Chinese food delivered with the same efficiency you will find in Hong Kong or Chinatown Bangkok.

Thence to St Pancras and a late train back to St Albans which is half an hour north of London. In the Quality Hotel on London Road we managed to catch the last half  hour of ITV's evening review of the FA Cup Final before descending to the cellars of sleep..."And it's Pudding. Yorkshire Pudding! He's only got Fabianski - the Arsenal goalie to beat! He's round him and yes! Yes! He has smashed it! What a marvellous goal! Pudding has won it for The Tigers!"

Breakfast was truly scrumptious - accompanied by the humming music of a Romanian cleaner who insisted on vacuuming the dining room carpet while guests were still eating. How thoughtful of her to bring this Romanian morning tradition to our shores.

We headed for the centre of St Albans where a service was still in progress in the historical  city's magnificent Norman cathedral. We strolled around it and visited the shrine of St Alban. He was the first British Christian martyr, and was possibly beheaded in AD 308 by Roman governor Maximian on the orders of Emperor Diocletian, who denounced Christianity and had ordered the deaths of all subjects and allies of the Roman Empire who refused to give up the faith. Legend has it that Alban's shrine and therefore the great cathedral were built on the very spot where the saint died.
The outer fabric of the cathedral contains much flint, brick and other material taken from the Roman city of Verulamium which was once situated in the river valley close by. And that important Roman settlement was preceded by yet more ancient settlements going back through the Celtic period. St Albans is a very old place, so rich in history and Shirley and I were charmed by it. 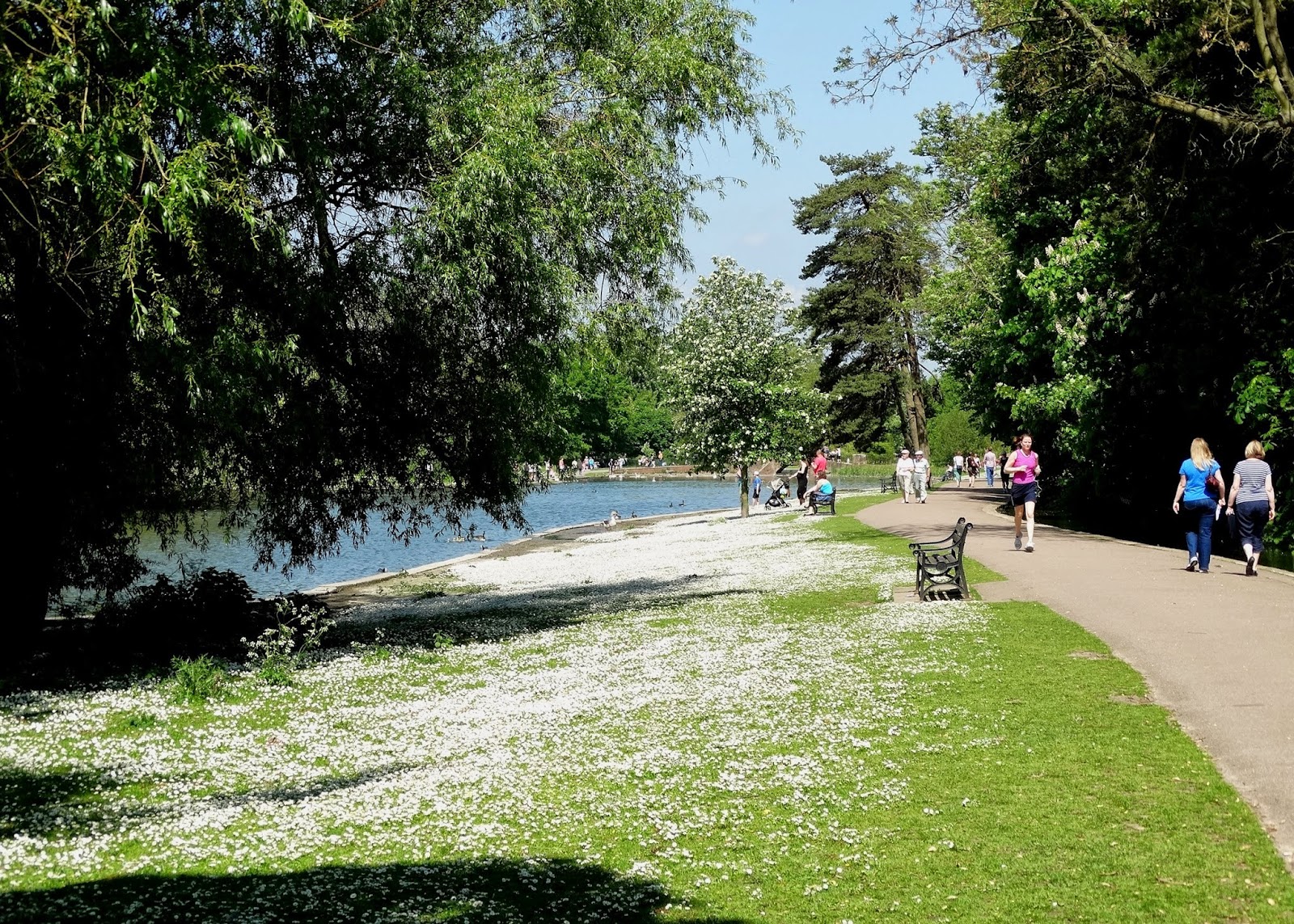 We ambled around the lake where coots and Canada geese were tending their young. The grassy shores of Verulamium Lake were snowy with daisies. I have never seen so many in one place. Only thirty minutes from central London and seen on a hot May morning - St Albans seemed like such a great place to live. We had refreshing drinks in "The Goat Inn" where we dipped into Sunday papers before travelling on to Redbournbury Watermill. 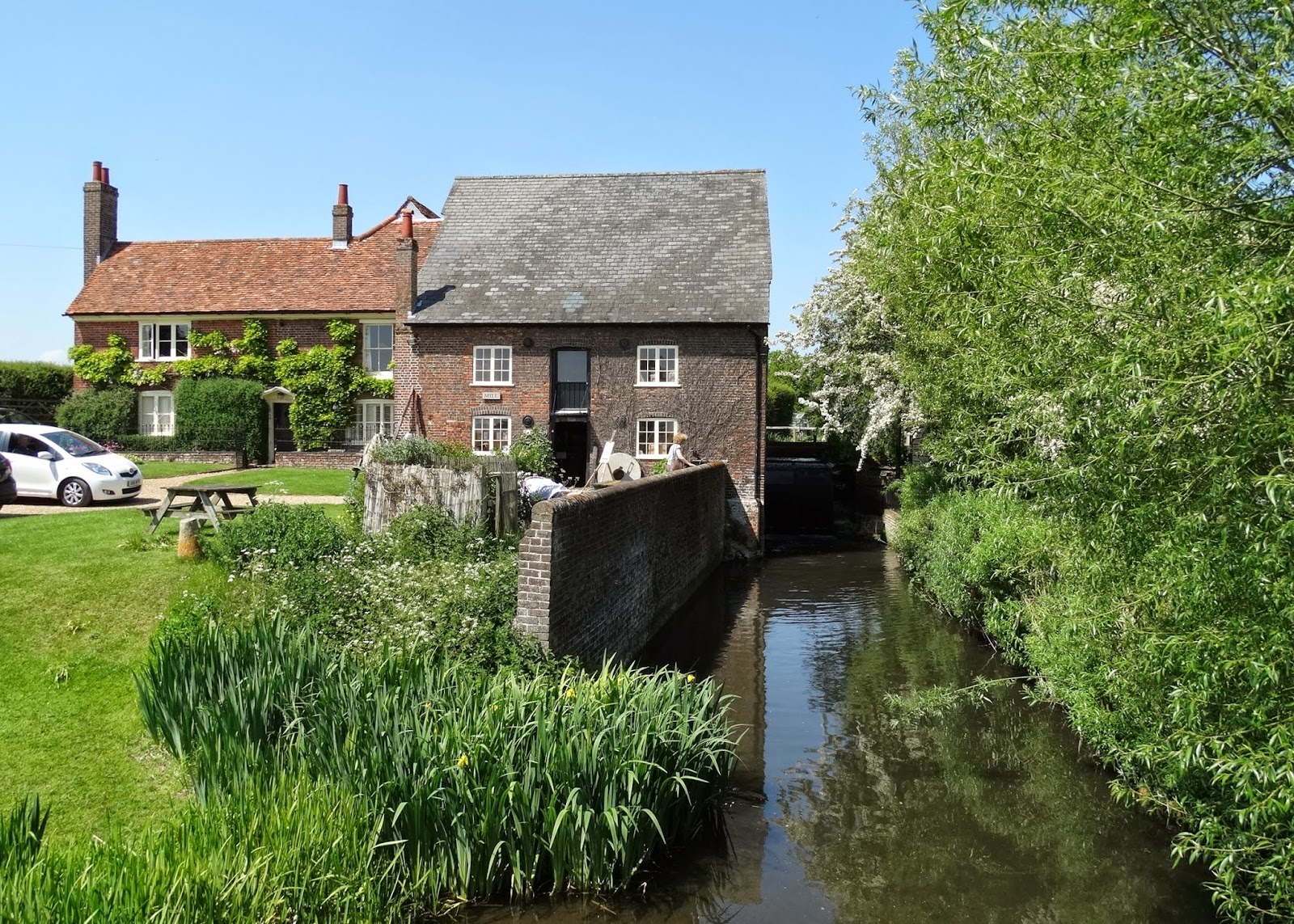 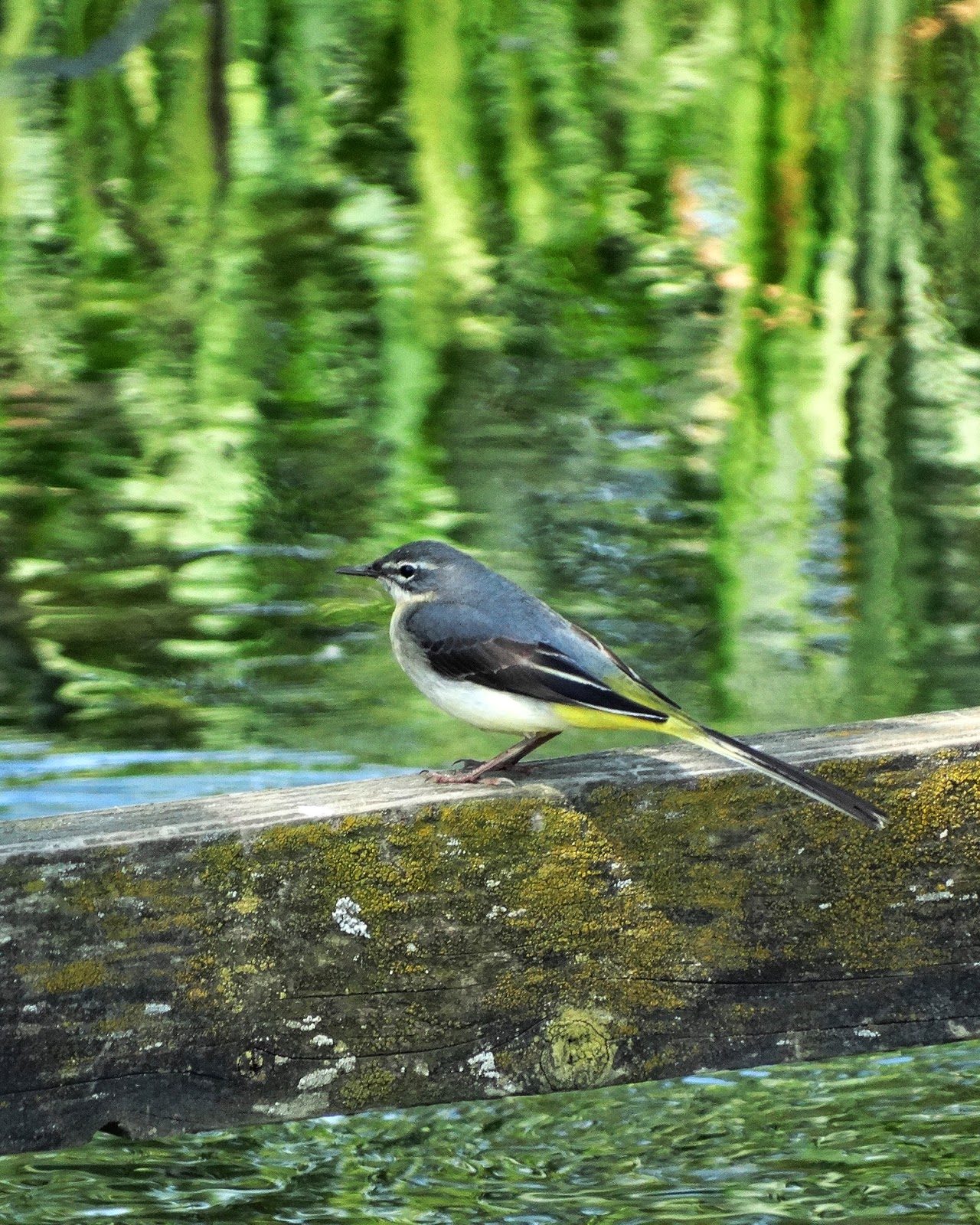 Another ancient place. A mill has existed at Redbournbury for a thousand years. We bought cornbread, teacakes and a bag of  wholemeal flour - ground in that very building. And I saw a grey wagtail sitting on a fence. Then it was back in the car and up the M1 to The Promised Land - Yorkshire -  singing along to the "Sound of the Seventies" show on Radio Two:-
Long may you run.
Long may you run.
Although these changes
Have come
With your chrome heart shining
In the sun
Long may you run.
- May 20, 2014