They say that you can't have too much of a good thing and so today I was back at Wardsend Cemetery for a guided tour led by two of its most passionate advocates - Peter and Old George from "The Friends of Wardsend Cemetery". Peter is a craggy old Sheffielder who spent his working life in the steel industry but has always been fascinated by local history. He had many stories to tell about the cemetery and its inhabitants - including so-called ghost stories.


He drew our attention to the intricate carvings that festoon many of the gravestones. Some of the craftsmanship is quite fantastic (see below) and he also said that in the 1860's written inscriptions incurred a charge of three old pence per letter from local stonemasons. 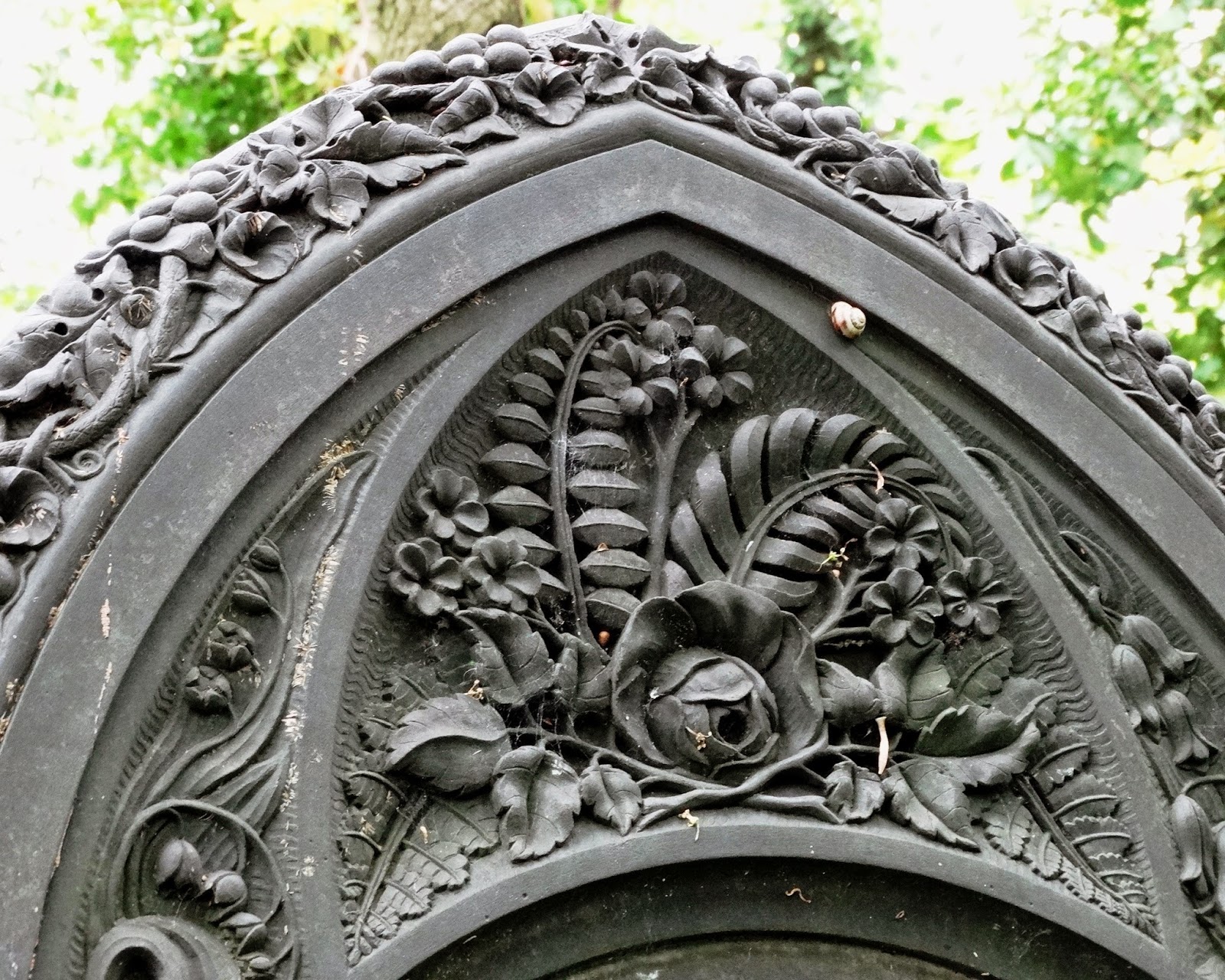 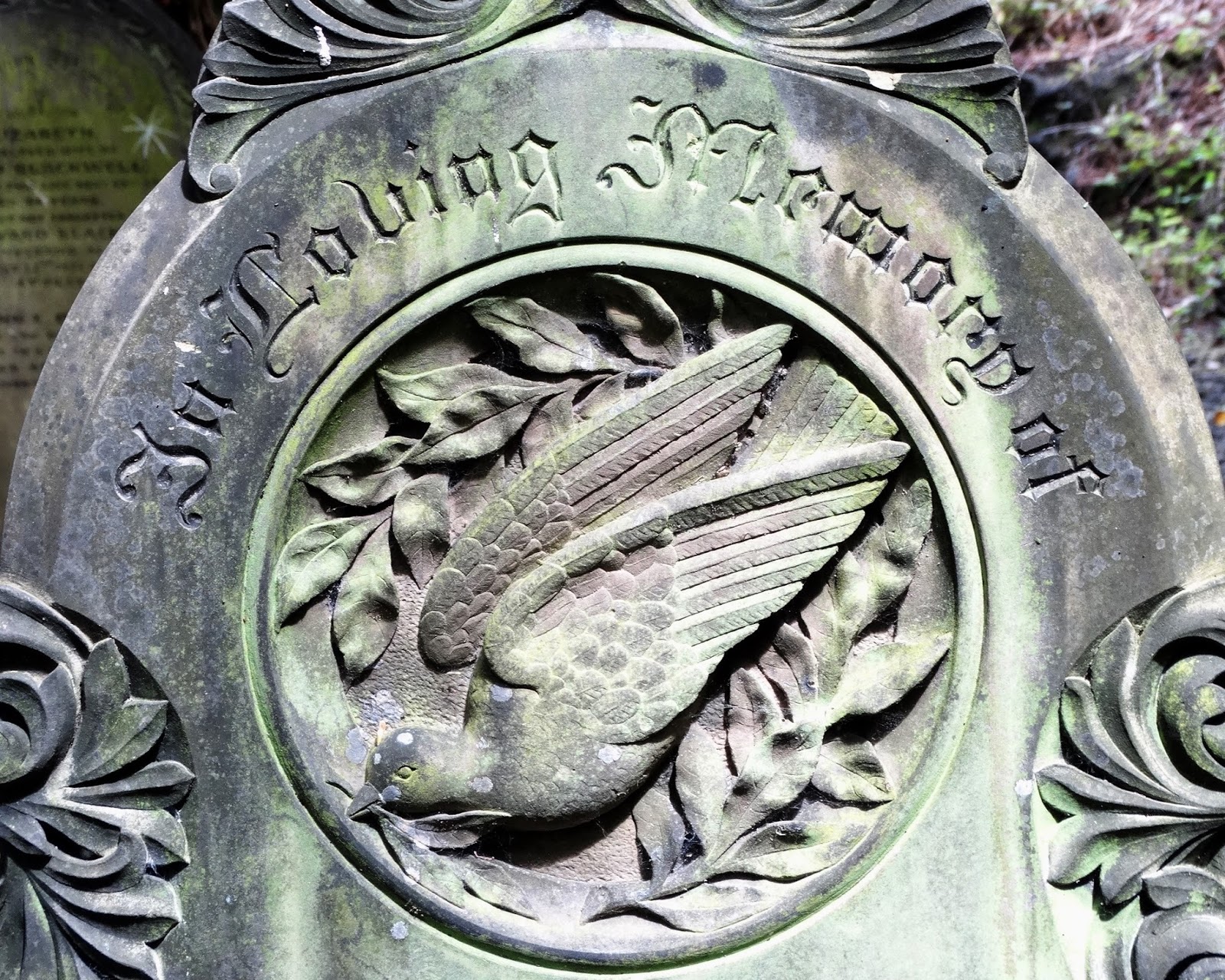 We heard the tale of a twenty three year old amateur footballer called George Beaumont who was playing a game at Walkley on Christmas Day 1877. The ball went over the stone boundary wall - adjacent to the pitch. Poor George vaulted after it, not realising that there was a deep stone quarry on the other side of that wall. He plunged to his death. His grave includes a foot-stone with the shape of an old leather football carved upon it. Of course the game of football - as we know it today - began in Sheffield only twenty years before young George's premature demise.
Old George - Craggy Peter's sidekick - told me where to look for the graves of some Sheffield Flood victims of 1864. As on Thursday afternoon,  I wandered off into the jungle of ivy, knotweed and bramble. Once again. I must have checked out thirty or forty gravestones but still I couldn't find a grave from the time of that awful and largely forgotten flood. Old George promised to email me a map with more precise directions.

Aside from the ghost stories, Peter told us about a phone call he had once  received from a local dog walker. This fellow had been startled one morning when he saw a head pop out of a grave. It was one of those graves with a vaulted stone lid. The police were called and they discovered that someone had made a sleeping place - actually inside the grave with blankets, a sleeping bag and stubs of candles. Clearly the homeless man who slept there had been in a very grave situation!

Anyway, I guess I'll be back at Wardsend - once called World's End - in the not too distant future. Third time lucky as they say - if I am going to track down the flood victims' graves. Other flood victims were buried elsewhere - including St Nicholas's churchyard at High Bradfield - so I am only expecting to find three or four graves at Wardsend. I hope that this blog is not becoming too ghoulish for you. In the midst of life we are in death - or as my old grandfather used to say - "In the midst of life we are in debt".
- May 10, 2014