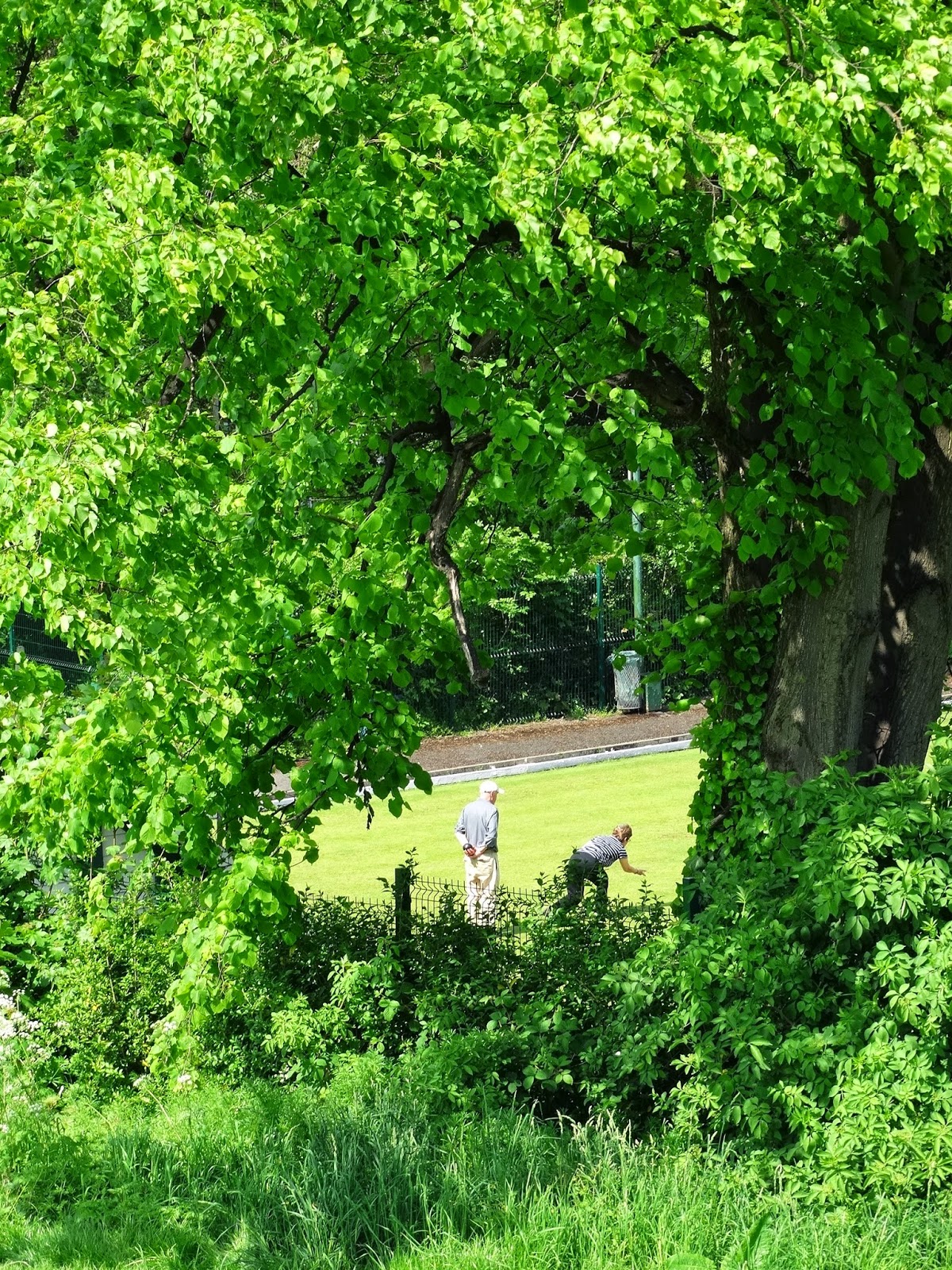 Meersbrook Park, Sheffield on the eve of Hull City's first ever FA Cup Final appearance. Above, a man and a woman enjoy a game of bowls on one of the park's beautifully maintained greens. Below, two young men relax on a grassy knoll with the centre of Sheffield spread out before them like a jumbled oil painting. 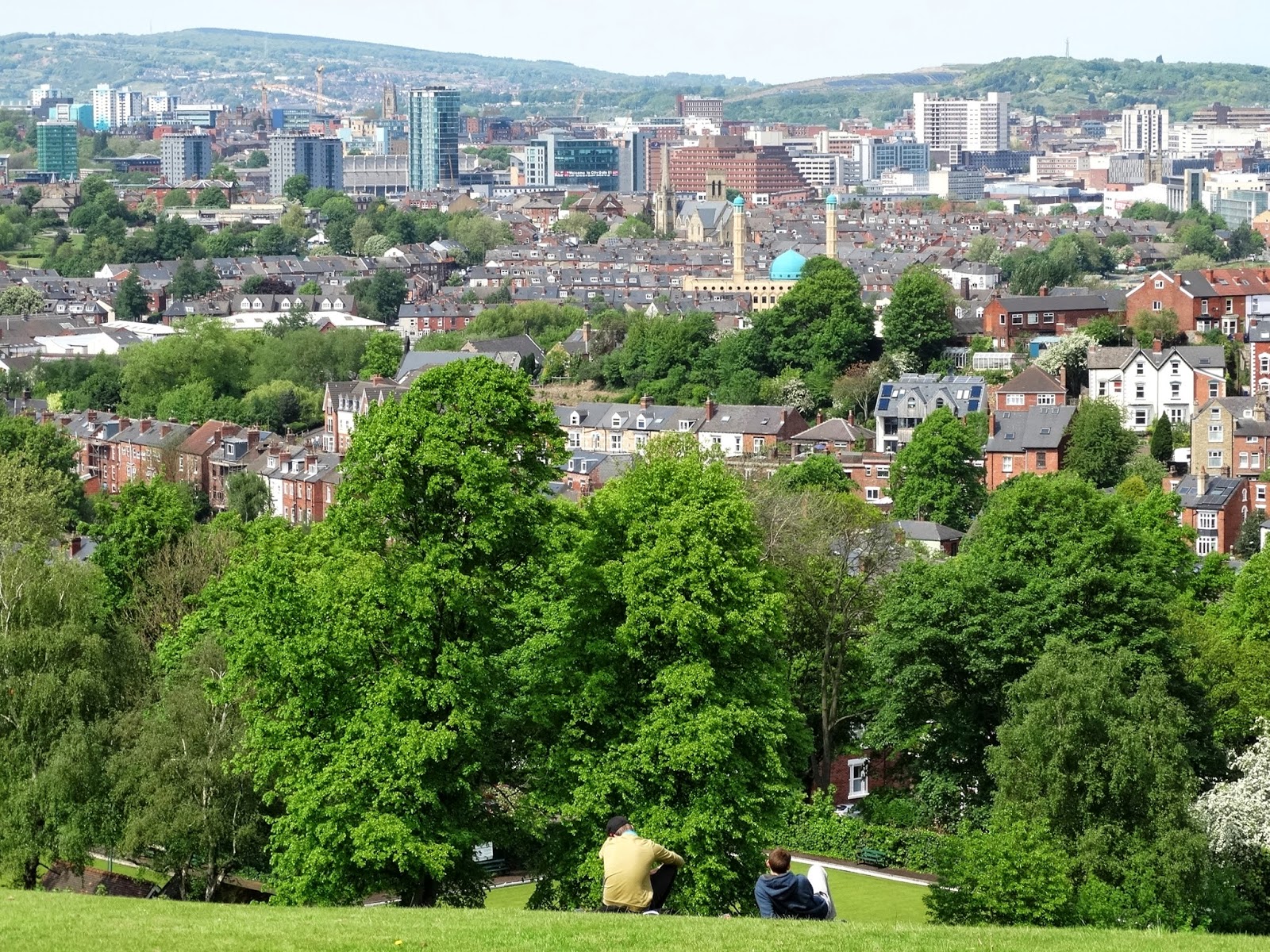 Bill Shankly, legendary former manager of Liverpool F.C. once said: 'Some people believe football is a matter of life and death, I am very disappointed with that attitude. I can assure you it is much, much more important than that.'

In the morning, Shirley and I will return to our nation's capital. We will leave the car at a hotel in St Albans before catching a train in to St Pancras. We will meet our son Ian, have lunch together and catch-up time before carrying on to Wembley once again. There we will meet my old mate Tony by the Bobby Moore statue. We have seen many games together going back over thirty years.

We are up against the mighty Arsenal. There are individual players in their squad who cost more in transfer money than Hull City's entire squad. By rights we should be beaten. We should be the also-rans but football is a funny game as Wigan proved last year. Sometimes the underdogs come out on top. Let's hope that 2014 is also one of those years. Please help by praying for a Hull City victory. Up The Tigers!
- May 16, 2014