Hathersage is a smashing village. It seems to have everything. A beautiful setting in the Hope Valley, a ten minute drive into Sheffield's south western suburbs, two curry houses, a public swimming pool, a railway station, a school, Little John's grave, pubs, shops and an array of lovely houses of different sizes and ages. Yes, Hathersage is a nice place.

Of course I have been to and through Hathersage hundreds of times and oft-times when returning from The Peak District via the road to Surprise View, I have looked up to the hill that rises to the east of the village and noticed an old ruin in the middle of a field that is embraced on three sides by woodland. It's like an old friend that reminds me I am almost home.

Nonetheless, until yesterday I had never visited that ruin. It is not close to any public rights of way. I checked access to it with the help of satellite imagery before setting off yesterday afternoon. After parking by the start of the track to Scraperlow near Higger Tor, I  headed for sloping deciduous woodland that looks down upon The Hope Valley. But instead of taking the diagonal path that leads down to Hathersage Booths through the woods, I forked right across the fields till I came to the ruins of an old farm. It must have been abandoned a long time ago and it is in the very corner of a field where two plantations meet. One of the old stone gateposts had been yanked from the ground. I swear it would take a dozen strong men to lift it. Massive.

But this was not my target. Over and under a couple of barbed wire fences, skirting the woods, past two more monumental gateposts and then my old friend came into view. Sitting in the middle of the field, looking down quizzically upon Hathersage. It was then that  the grey rain shower reached us after trundling along the valley. I sheltered beneath a beech tree and waited for the rain to pass.

The ruin has no name - at least not on maps. Why it was built there - in such an exposed place - I have no idea and why two sides were cleverly arched is also curious. Perhaps it was something other than a barn for sheep. Perhaps it was a seventeenth century gentleman's retreat. Maybe he came up here to think and get away from his household, to admire the view, to write. Whatever it was, it is a blessing that the enigmatic old ruin persists.And so after the rain, I captured it digitally. I have not been able to find any other close-up photos of the ruin. These could be the first.... 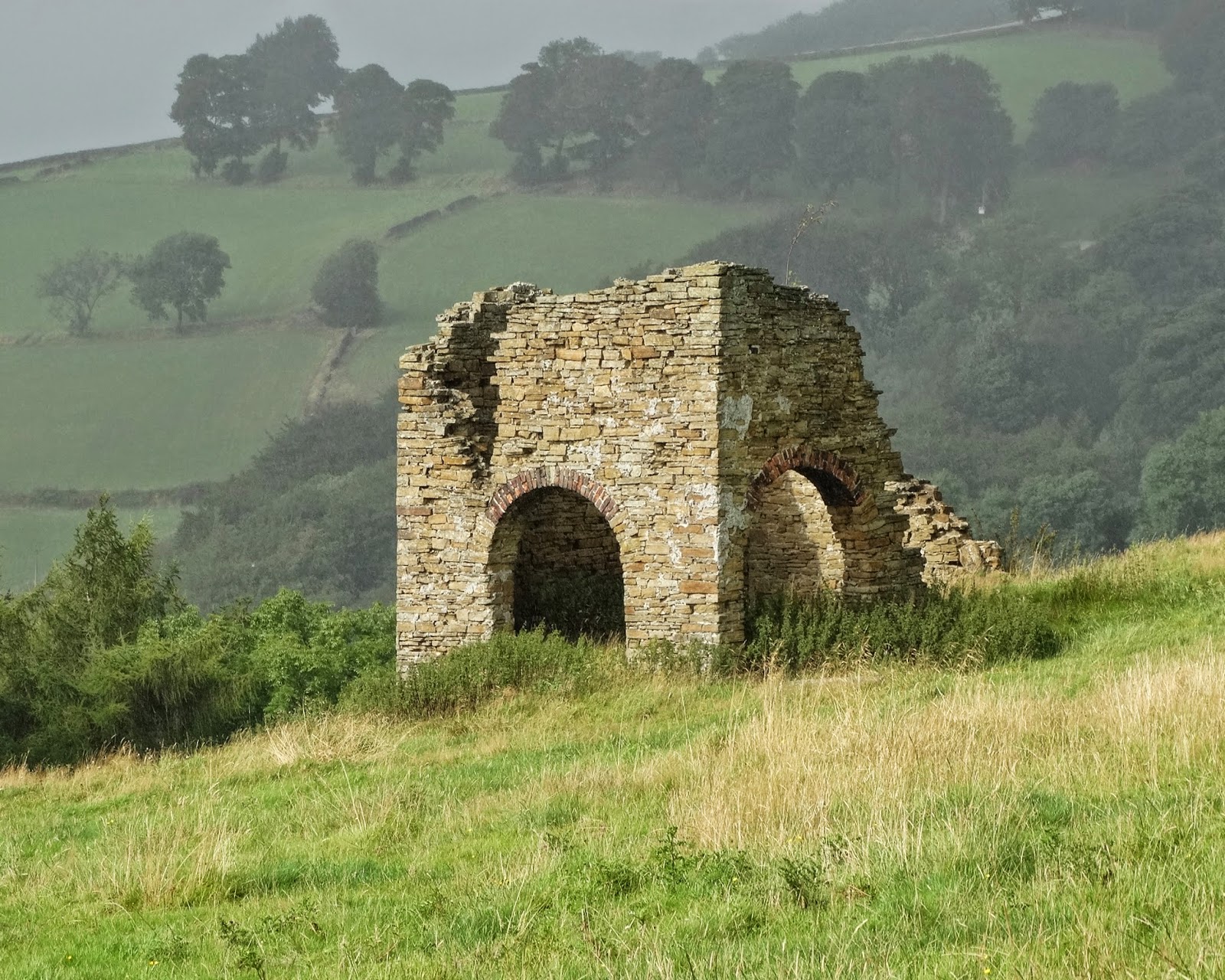 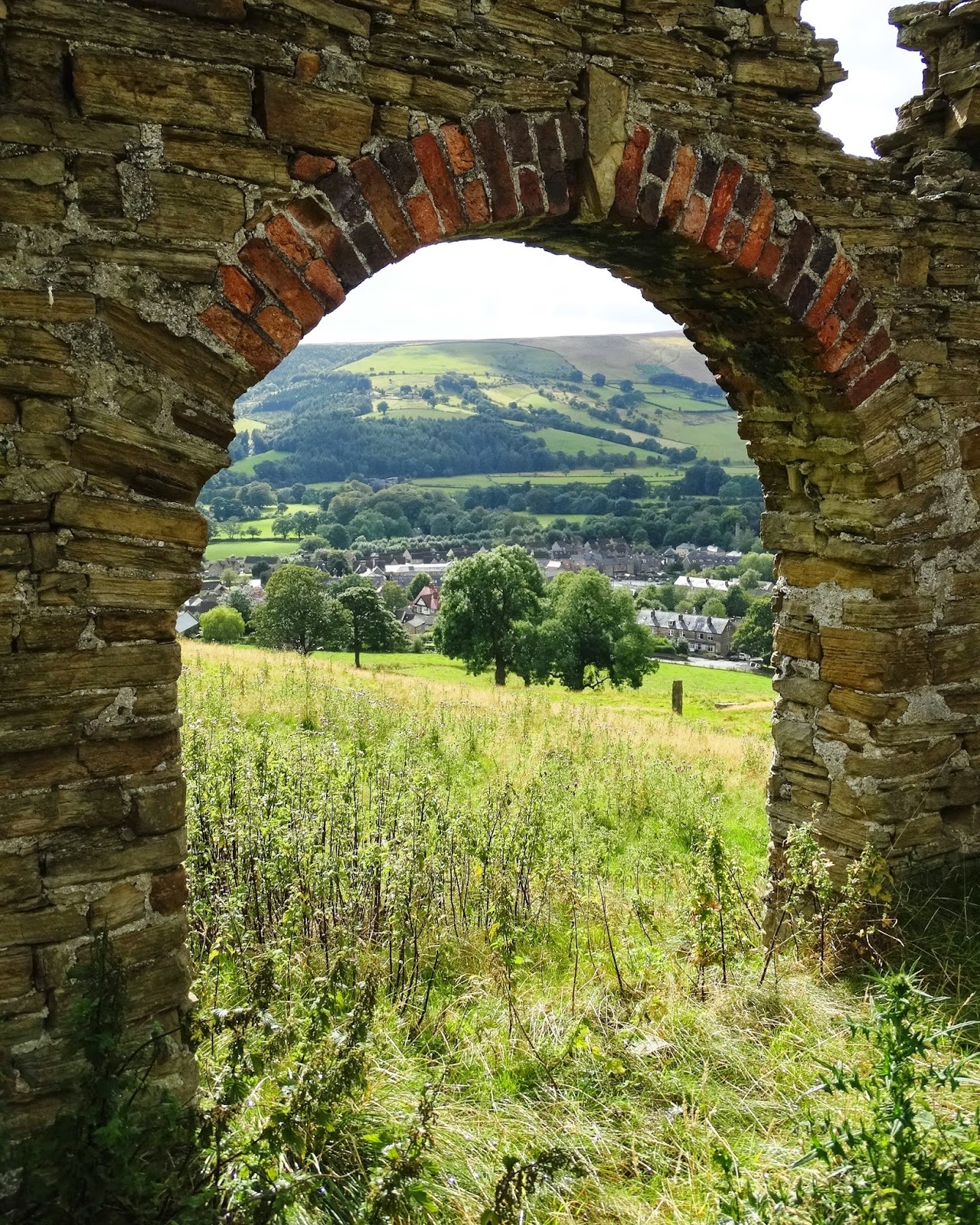 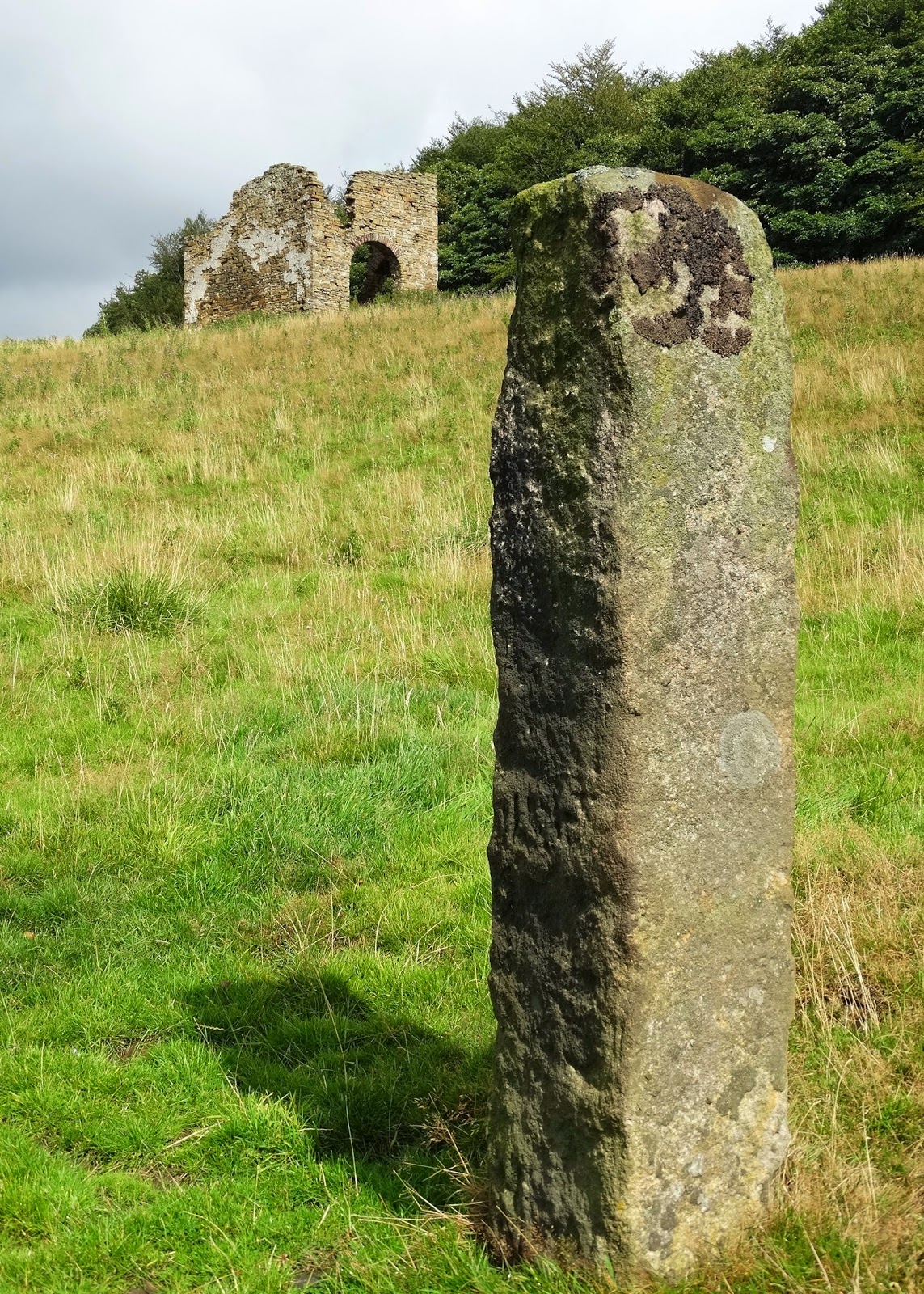 And in my humble opinion - this is the best picture of them all. I think the grey cloud gives a bit of drama to the scene. A blue sky just wouldn't have done the same:- 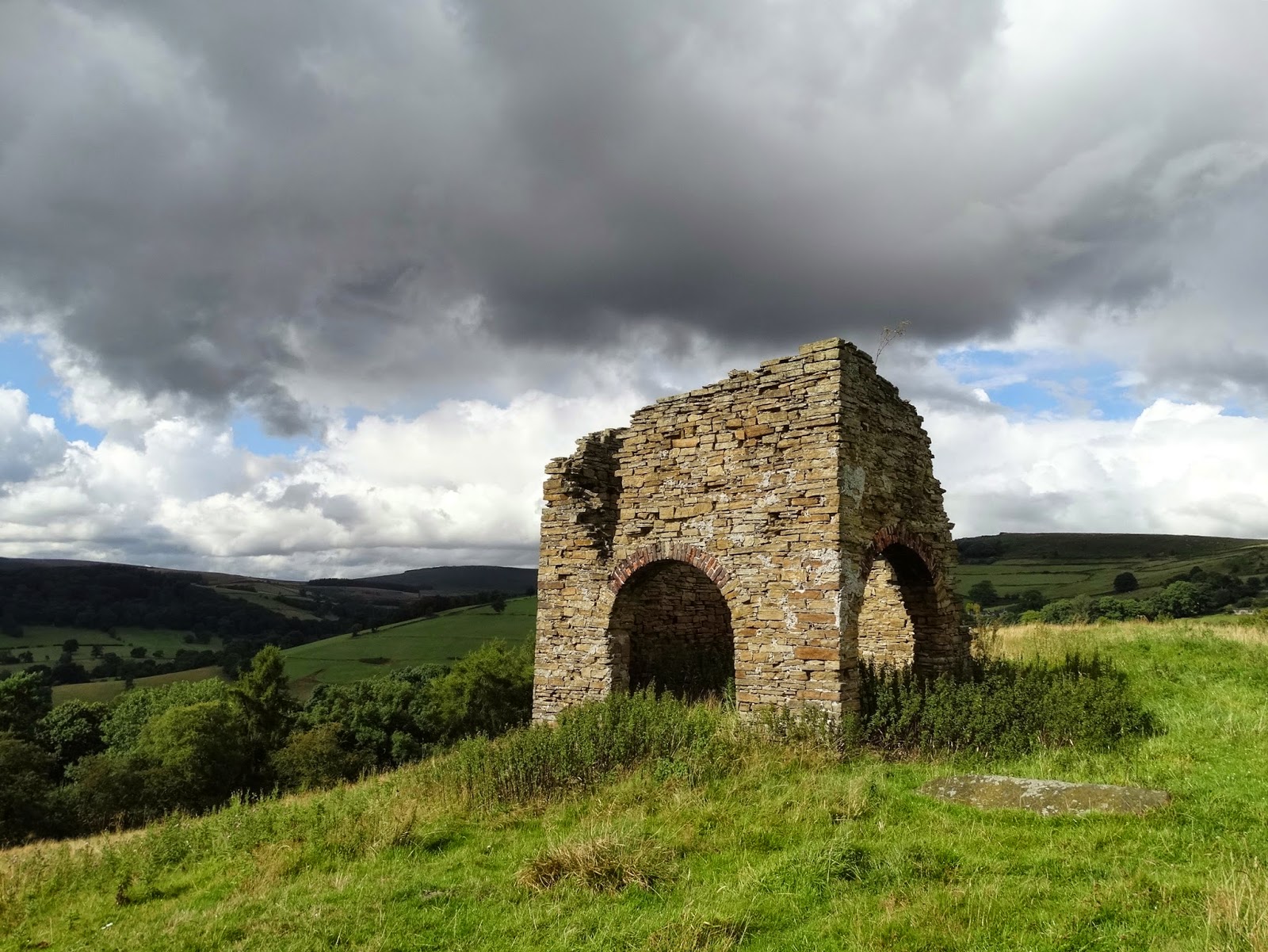 Some men are drawn to motorbikes or motherboards, lap-dancing clubs, poultry, steam trains or share-dealing but for some mysterious reason I am drawn to old farm ruins. Watch this space.
- August 19, 2014