Racism is when someone is treated differently or unfairly just because of their race or culture. People can also experience prejudice because of their religion or nationality. It is illegal to treat people differently or unfairly because of their race.
Childline Charity website
It can be difficult but in my life I strive to avoid prejudice and expect that the vast majority of readers of this blogpost also try to live lives that are not sullied with prejudice. Prejudice is the domain of the ill-informed, the cruel and the stupid. In extremis, prejudice may cause war, murder, torture, arson and other horrible manifestations of prejudicial thinking.

In quieter, everyday terms, prejudice may simply cause other people to be unhappy and feel alienated, misunderstood, belittled.

Because I rarely bang on about it, some visitors to this blog may be unaware that for thirty five years of my life, the way that I earned money was through teaching. So naturally, I know a lot about teachers. This despite the fact that none of my three brothers were teachers and despite the fact that socially I tended to avoid teachers because I didn't want work to overlap into my social time. I preferred to talk with joiners, plumbers, warehousemen, guitarists, the unemployed and nurses. In fact, how they happened to earn money didn't really mean much to me. People are much more than the jobs they do. Though my job was teaching that was never who I was.

In those thirty five years, the main thing I discovered about teachers is that they are all different. They are not like a shoal of mackerel swimming in the sea - all pretty much the same. To begin with you have different subjects and P.E. teachers may be noticeably different from say English teachers or Science teachers. You have got women teachers and men teachers, black teachers and gay teachers, inner city teachers and teachers working in cushy little private schools, teachers with disabilities and teachers who are so passionate about their work that they gladly put in sixty or seventy hours a week, secretly toiling at their desks during the holidays and late into the night. Commitment beyond the call of duty that "The Daily Mail" and the general public never see. Equally, you can have lazy teachers who do the bare minimum to get by but these are generally "found out" by the children they face each day.

In short, teaching is like any other job. Everybody's different and therefore it is surely ignorant to lump all teachers together. Would we say - I hate nurses or - I hate engineers? No. For that would clearly be stupid  prejudice. I call the blanket judging of teachers teacherism and in recent days I have discovered quite a bit of teacherism within the blogosphere. Quite surprising really and from  my point of view very objectionable.

One blogger suggested that all teachers are miserable, they talk about nothing but teaching and they have summer beach holidays that last six weeks or more. Another said he had taught in a private school for a couple of years when he was younger and it was much harder than working in a state school - even though he had never taught in a challenging urban area or dealt with children from disadvantaged  homes! Such correspondents are clearly teacherists and in my opinion teacherism belongs in the same bag as racism and sexism. It's all prejudice.

In general, this country's schoolteachers are doing a damned good job of  serving our nation's children to the best of their ability. It is an important role - not made any easier by interfering politicians, the squeeze on resources, sensationalist newspapers, large class sizes and ignorant teacherists who deride the profession and wear their sneering teacherism on their sleeves. Thankfully, most parents, most schoolchildren and most fair-minded members of the general public appreciate the sterling efforts of our largely gifted teaching force and these bigoted teacherists are very much in the minority. 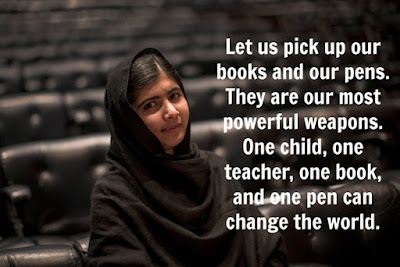