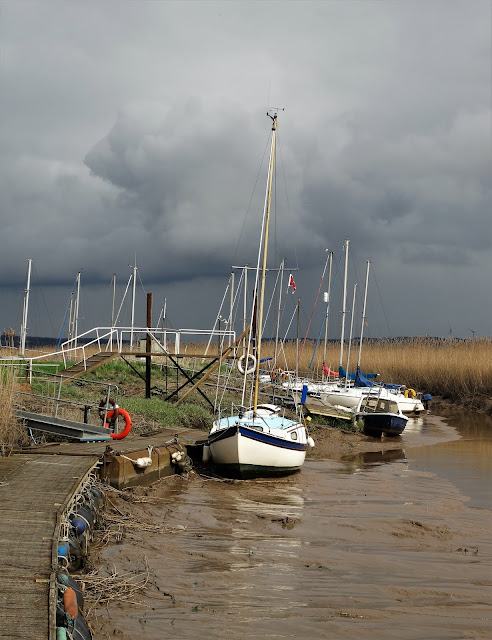 South of The Humber. This was the point where Ermine Street arrived at the great river estuary. Ermine Street was an important artery in Roman Britain. It led from Lincoln (Lindum) to York (Eburacum) but in between was the  shallow tidal river over half a mile across that lies beyond the reeds you can see in this picture. It is said that the Romans forded The Humber from this point... or perhaps they used simple boats too. There were soldiers, builders and merchants. Taking this watery route avoided a forty mile detour. I think The Humber would have been shallower in those days with no dredging activity and perhaps there was a causeway of branches and reeds to make it easier to pass over the river mud at low tide, Today it seems almost outrageous that fording happened from here for four hundred years. The Humber is so very different from a babbling mountain stream.

I stopped here before heading over The Humber Bridge to watch Hull City beat West Ham United 2-1, adding extra hope to the possibility of remaining in England's Premier League.
- April 02, 2017