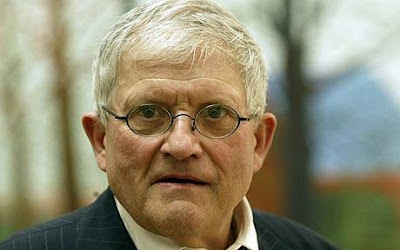 Last Friday night we had tickets for the Hockney exhibition at Tate Britain. There was me, Shirley, Ian, Frances and Frances's boyfriend Stewart. Beforehand we enjoyed a great Indian meal at a restaurant on Vauxhall Bridge Road - "The Millbank Spice". Yummy and not too expensive for central London.

And then Mr David Hockney was waiting for us. Born in Yorkshire in  1937, he has spent sixty years creating art and is still doing it. The exhibition demonstrates the different phases Hockney has been through - forever evolving, finding new things to "say" through his artistry while sometimes pausing to explore favourite themes such as Californian swimming pools or little travelled lanes in the Yorkshire Wolds.
I remember a BBC interview in which Hockney declared that throughout his career as an artist he had only ever "done" what he wanted to do. He wasn't a follower or a conscious mimic and nobody ever controlled him. He only accepted commissions that he felt enthusiastic about. Not many artists can honestly claim such independence and creative integrity after so many years of making art.

I loved it all - the pencil drawings, the use of crayon, the charcoal, the pastels, the swimming pools, the homo-eroticism, the faithful portraits of friends, the pop art, the acrylic perfection, the masterpiece that is "Going Up Garrowby Hill". the i-pad sketches, the photographic mosaics. You were looking at reflections of our post war world seen through the eyes of a fallible genius.

It's fascinating that well into his seventies Hockney became absorbed by The Yorkshire Wolds - a subtle rolling chalk landscape with which I am very familiar. The icing upon the exhibition's cake was arguably in the penultimate room where the four walls hosted banks of video screens upon which images moved gently - images of Woldgate Woods in the four seasons. It was hauntingly beautiful and somehow spiritually  therapeutic.

Though a few of his finest pictures were missing, I felt that Tate Britain had done a brilliant job in showcasing David Hockney's work, providing more than enough evidence to confirm his greatness.
- March 30, 2017