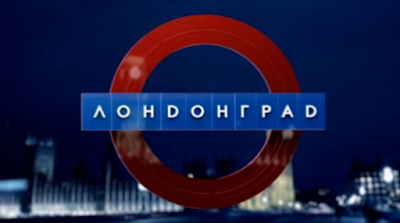 In the British  population census of 2001, it was calculated that 15,000 Russian nationals were living in our country. By 2014, well-grounded estimates showed that there were now over 150,000 Russians living in London alone. Many of these Russian inhabitants are stupendously rich though the sources of their wealth are rarely crystal clear. The collapse of the Soviet Union and the growth of the Russian mafia meant that there was much graft and shady dealing in the years that followed. It was a dog eat dog world

It seems that Britain has welcomed Russian oligarchs, business magnates and billionaires with open arms, happily allowing them to buy up prime real estate, enrol their children in our best schools while even letting them donate many thousands of pounds to Theresa May's Conservative party.

We don't appear to welcome ragged babushkas in slippers from godforsaken post-industrial towns in Siberia or malnourished peasant farmers from the Ural Mountains or displaced steelworkers from Magnitogorsk but we have been happy to embrace bejewelled oligarchs in Bentleys.

Now when I last looked, Russia was not in the European Union and I do  not believe it has ever been a member of The British Commonwealth so as a fairly intelligent and reasonably liberal British citizen I am baffled about how all these rich Russians got to live here in the first place. Who let them in and furthermore why?

There is something quite sickening and perverse about giving rich Russians the red carpet treatment when traumatised Syrian families escaping from the rubble of their destroyed country \are denied entry or forced to get here on inflatable boats at the behest of gangsters. Ironically, Putin's forces continue to prop up Wicked Bashar al-Assad, perpetuating the Syrian conflict and the trauma.

They say that money talks and in the case of London's large Russian community that is clearly true. Normal immigration rules are shelved. The history of their dubious wealth is conveniently overlooked and we even allow them to buy Premier League football clubs, newspapers and publishing houses. Meanwhile, a Syrian child looks into the camera with bloodshot eyes, cement dust on her cheeks and memories of hellishness, fury and death seared in her mind forever.
- March 18, 2018