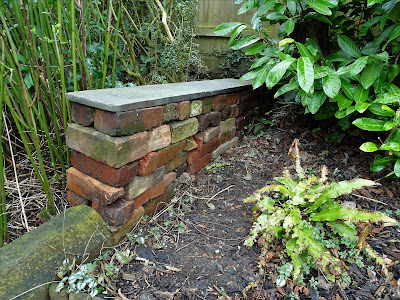 A few years back I made a little dividing wall up our garden using old bricks I had dug out of the lawn. Lord knows what the previous occupants were thinking of when they embedded hundreds of bricks in the ground. I used only a small proportion of them when arranging my wall but no cement to join them together. I guess it was a dry brick wall. 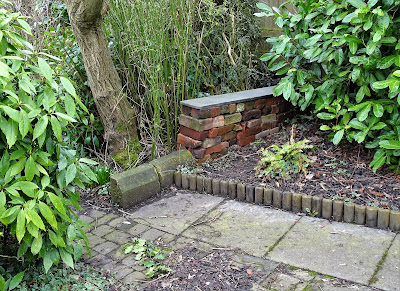 Back in December the wall tumbled over. Perhaps it was a strong wind wind or simply the fact that I hadn't bothered much about foundations.

On Monday, I set about reconstructing the ornamental wall. It took me about four hours and when it was done I put an old slate mantelpiece on top of it, I rescued this heavy item from the council allotment I cultivated between 1982 and 1989.

Having finished my wall I think that I am now more than qualified to take up a post as Donald J. Trump's Wall Secretary. As soon as we have finished the Mexican Wall we will start on the great Canadian Wall to keep out those pesky Frenchified Canadian peasants. And who's gonna pay for the wall? Yeah, that's right. Canada gonna pay for the wall. 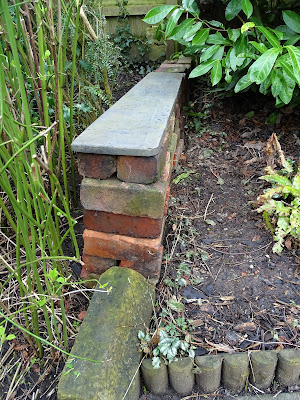