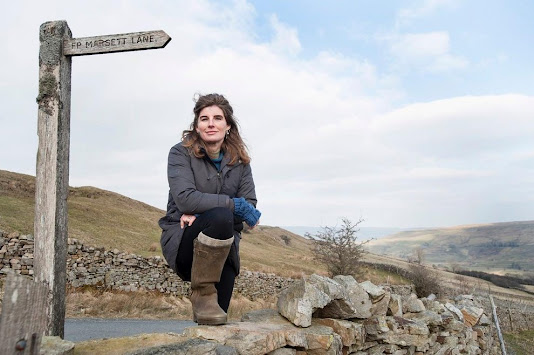 In the past week I have watched two lovely programmes about walking in the countryside -  courtesy of the BBC. Called "Winter Walks", the programmes are gentle and slow-moving as selected celebrities undertake five or six mile walks along public footpaths in somewhat unfamiliar territory.

The two programmes I have watched were both set in Yorkshire and involved two Yorkshire people. They were Amanda Owen - also known as The Yorkshire Shepherdess and Alistair Campbell who was Tony Blair's chief strategist when Labour were last in power in this country.

The celebrities walk alone carrying a small camera on a selfie stick and there is some further drone footage which is edited into the film.

Being a regular walker myself, I am well-acquainted with the benefits that walking can offer us  - both in terms of physical and mental well-being. As Amanda Owen and Alistair Campbell walk along they both remark on the healing quality of walking and the peaceful joy of putting one foot in front of the other as their thoughts wander without the usual constraints.

Amanda Owen lives on a hill farm with her husband and nine children. She has written several books and has become a popular TV celebrity - largely through a documentary  programme called "Yorkshire Farm". Alistair Campbell has bravely opened up about his struggles with depression and mental ill-health even though he has remained a prominent spokesman for the left in British politics.

On Amanda's walk she talks to a couple of sheep farmers and a mountain cyclist before proceeding and on Alistair's walk he stops to talk to a farmer who is patiently repairing a drystone wall. We have many miles of such walls in Yorkshire. Some of them are a thousand years old. Every stone was carefully  put in place by human hands as winds blew around or the sun beat down. Millions of stones. Millions. It's quite a thing.

I wish I could find a way of sharing the two programmes with you. They were, as I say, quite lovely. And they illustrated so nicely some of  the wonders of walking in the  countryside - getting physically tired as you absorb the ever-changing scenes that Mother Nature is keen to share with us when we get out there. 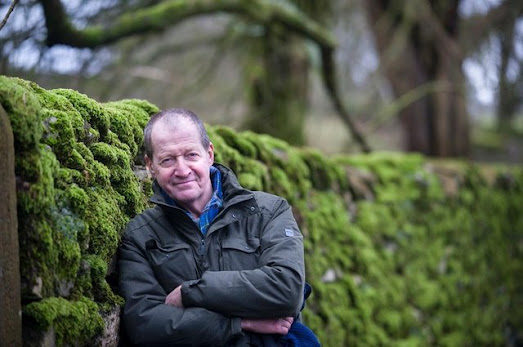