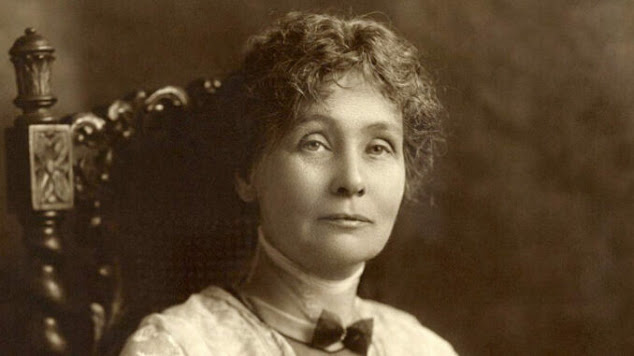 Last weekend I felt rotten. Winter had reared its head and I had an irritating cough that disturbed my sleep more than once. I felt a lot better as we rode down to London by train on Tuesday but still not 100%. Shirley had suffered something similar.

I could have done without the mile and a half long walk from Earls Court to Kensington. We were heading there at the behest of Sarah's parents for a pre-theatre meal in an upmarket Indian curry house.

It was the first time we had met Sarah's parents. After the meal, we were whisked off to the theatre in a chauffeur-driven Mercedes.

As we waited for the show to commence, I confided in Sarah's parents that during the time of COVID, Shirley and I have not felt like travelling anywhere on an aeroplane and did they feel the same? Sarah's father said with a chuckle that he was fine about travelling on his own plane and then added, "I'm sorry, I shouldn't have said that." I wondered why not.

Wednesday morning was nice and bright so before heading to the tube station, we had a mooch around Brompton Cemetery which was opened in the middle of the Victorian era. There are so many stories within those forty acres and so many fat squirrels, crows and pigeons. It is a green oasis. 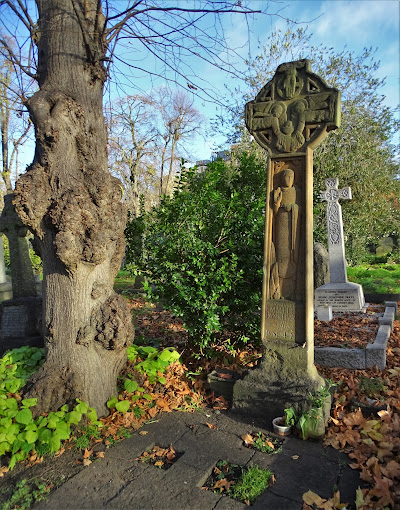 The great suffragette leader Emmeline Pankhurst is buried in Brompton Cemetery and we successfully located her art-deco gravestone. She died in 1928 just shy of her seventieth birthday. Look how far the status of women has progressed in her wake! There's still a long way to go but I think that she would have been quietly pleased about what has transpired on the road to full equality in less than a century. 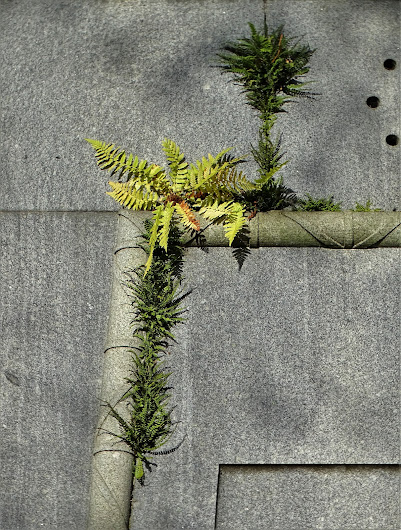 Botanical adornment on a family mausoleum

Later, we were heading to St Pancras Station far too early. Our train back to Yorkshire was scheduled to leave at one o'clock so we alighted from the tube at Euston Square and sauntered along Euston Road. I remembered that it was here where I once met Tariq Ali - another famous radical thinker and activist, at the very  same place where Tariq Ali once met a giant Yorkshire pudding in size eleven boots.

St Pancras is undoubtedly one of the world's finest railway stations, so skilfully upgraded in recent years to accommodate the Eurostar terminus.  We were still early so we headed beneath the great vaulted roof to the Pret-A-Manger  on the upper floor for lattes with almond croissants for which we seem to be developing a worrying addiction.

The train departed bang on time and reached Sheffield exactly two hours later - just as timetabled. See - we can be Japanese too! 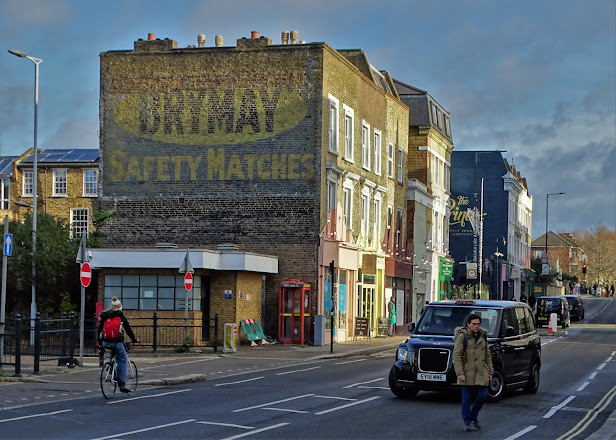