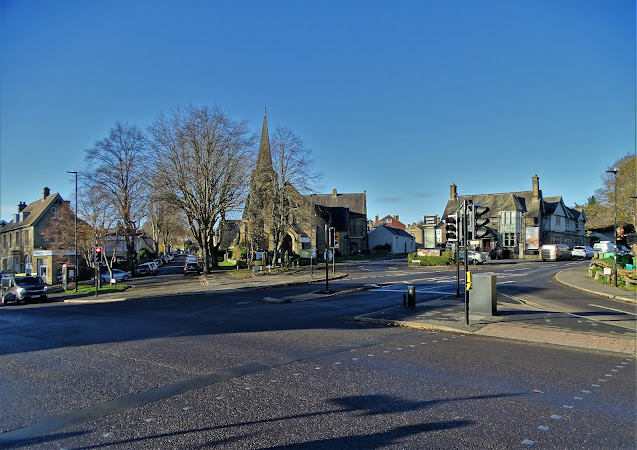 For a while, a language point has been keeping me awake at night. I have tossed and turned, just wondering what the difference is between "crossroad" and "crossroads". My dreams have been filled with crossing roads and this has made me cross.

Well it turns out that the place where two roads cross is a "crossroads" but as you approach the crossroads you will see a "crossroad" ahead of you. It is the road that crosses the one that you are on. 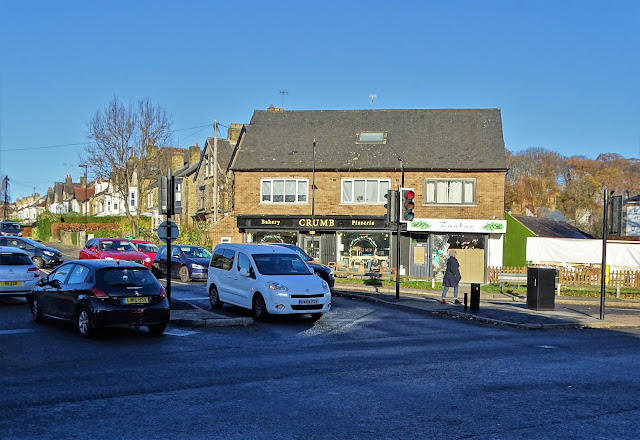 I don't suppose anybody else has ever fretted about such a thing but I am afraid that that is how my brain is wired. Words have always mattered to me. 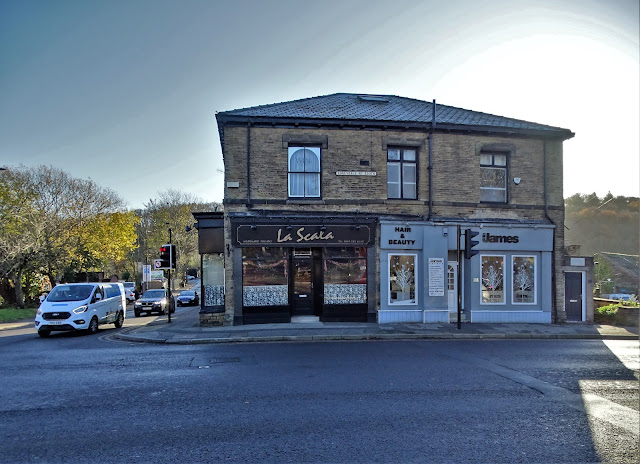 Earlier today, I took my camera out to gather pictures of a typical suburban crossroads here in Sheffield. I thought that visitors from other lands might be interested. It's nowhere special. We call it "Millhouses traffic lights" or "the crossroads at Millhouses" It's where Abbeydale Road - the   A621 - crosses Springfield Road and Archer Road. By the way, Frances and Stewart and Little Phoebe have been living further along Archer Road since COVID brought them back to Sheffield from London. However,  they will be moving out of that rental house before Christmas. 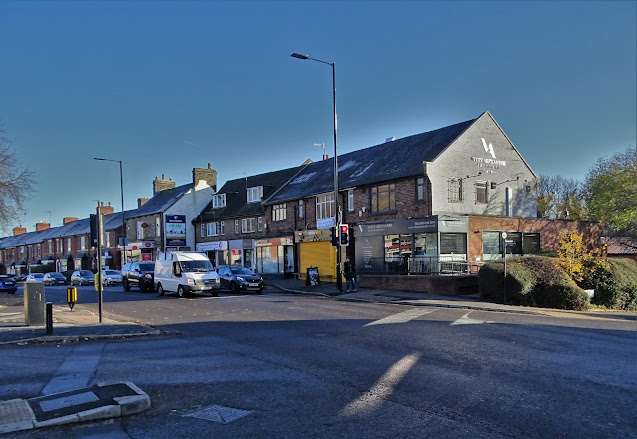 Close to the crossroads and specially for Ms Moon in Florida, here's a traditional fish and chip and what a great one it is too. It's purely takeaway with no seating... 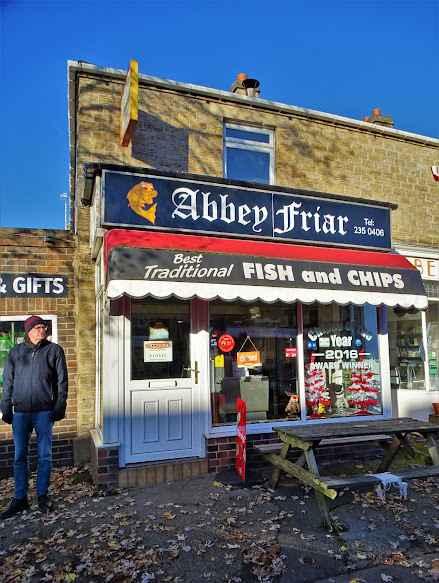 Also close to the crossroads there's a pet shop and a seasonal advertising poster from Cadburys -  Britain's favourite chocolate producers... 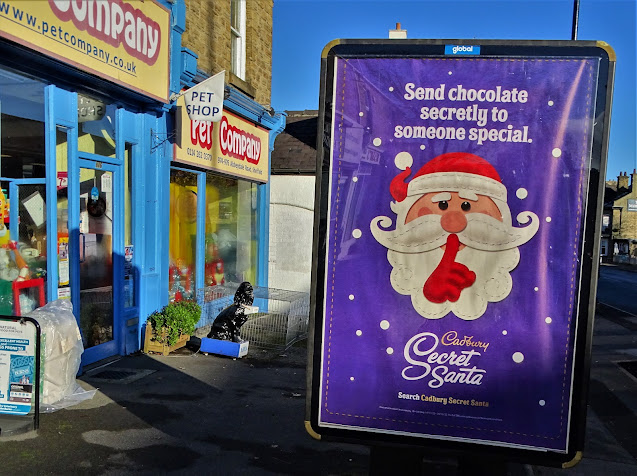 And set back a little way from the traffic lights there's an Ember Inns chain pub called "The Robin Hood". I have enjoyed a few meals and a few drinks in there. When Frances was pregnant with Little Phoebe, we had several meals there during the time of tight COVID restrictions 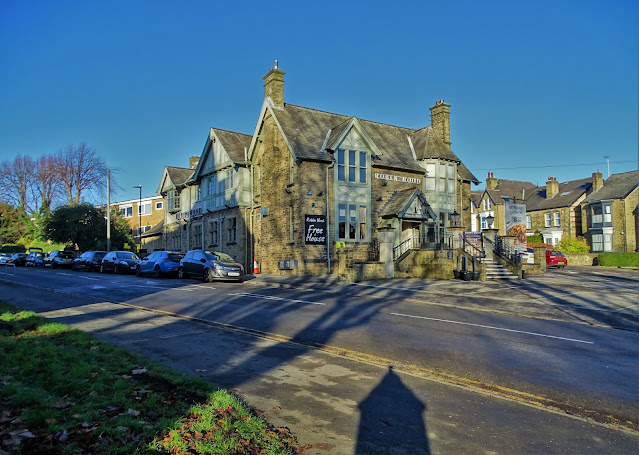