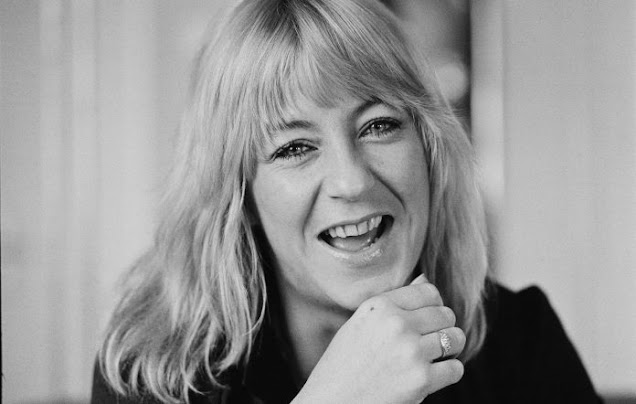 Christine Perfect became Christine McVie and she penned many of Fleetwood Mac's best songs. She died in hospital yesterday at the age of seventy nine. Before Fleetwood Mac there was Chicken Shack who I was lucky enough to see in concert three times in the late sixties and the following single from 1969 was their most famous number with Christine's soulful voice and keyboards prominent:-
On Twitter, ex-President Bill Clinton said, "I’m saddened by the passing of Christine McVie. “Don’t Stop” was my ’92 campaign theme song - it perfectly captured the mood of a nation eager for better days. I’m grateful to Christine & Fleetwood Mac for entrusting us with such a meaningful song. I will miss her."
Christine Perfect was born in 1943 in a small village in England's  Lake District called Bouth. Her father, Cyril Perfect, was  a concert violinist and music teacher.  She had music in her blood. R.I.P..
- December 01, 2022