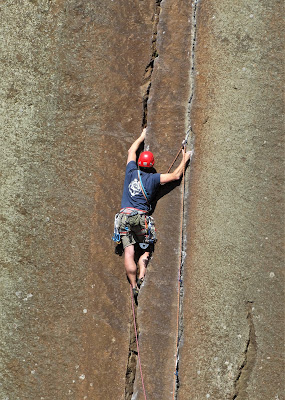 I wouldn't want to be a rock climber. I am too much of a coward. The idea of falling from a rock face gives me the willies. However, I can "get" the appeal of rock climbing. Your body versus the rock. Mind over matter. Edging patiently upwards. Your fingers seeking handholds, your feet seeking footholds. The adrenalin pumping. Aware of the danger but determined to make it to the top.

The millstone edges west of Sheffield are a mecca for rock climbers. People arrive at these edges from all over the country and indeed from other countries too. 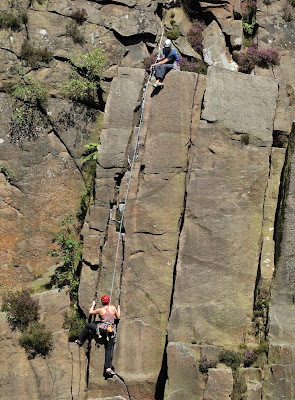 Yesterday I was out there again and with it being a sunny Sunday afternoon, the rock climbers were out in force with their ropes and chalk bags, carabiners and hammers. It is a fraternity but there are plenty of female rock climbers too. They are lithe, light and muscular and they hug the rocks they ascend. Rock climbers belong to a sub-culture with their own vocabulary and shared goals. They know what it means to cling to a rock just as much as mariners understand what it means to face a storm at sea.

You may have expected me to snap some pictures of the rock climbers. You were right. 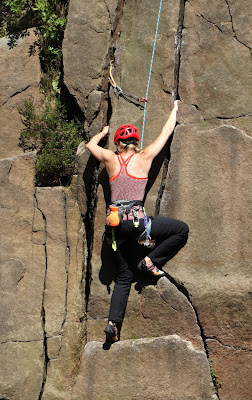