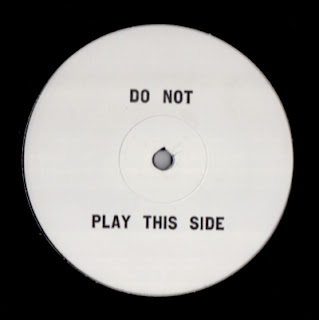 As we travel through life, we bump into strangers. Conversations happen with these people. Sometimes those conversations can be delightful. We exchange information and little anecdotes. Within an hour we learn a great deal about what makes them tick, what their priorities are, where metaphorically speaking they are coming from.

However, in my journey through life I  have frequently found myself in situations where the conversation becomes very one-sided. After a while I realise that I am finding out lots about them but they are making no enquiries of me, showing little interest. When for example  I pipe up with, "Yeah, I've been to America too" or "I have two children myself" there will be a look of glazed disinterest and no follow-up questions. Some people seem to be wired that way.

Sitting in a bar in Puerto del Carmen, we sparked up a conversation with an older couple from Wolverhampton. I guess we were talking with them for almost an hour but as I left that bar I realised I had just participated in yet another of these one-sided meetings.

I knew all about their grown-up children and the marathons and triathlons their daughter had competed in. I learnt about the woman's sister in Cyprus and why they don't like Cyprus. I learnt about their apartment in Puerto del Carmen and how the resort has changed over the last twenty years. We learnt about Wolverhampton's famous football club and the great millionaire benefactor Jack Hayward who gave so much to the town and how the streets of that city thronged on the day of his funeral.

But they had learnt so little about us. They weren't bad people but they just weren't interested in our lives. They didn't know that we also have grown up children. They didn't know what we had done or do for a living. And when I interceded at one point that we lived in Sheffield, that piece of information was left hanging in the air, untroubled by further inquiry. It was all so very one-sided but in my experience not at all unusual.

I like to believe that I have a highly-tuned awareness of "the other". I am interested in other people's lives and know how to prompt  them to get the most out of them. During these sorts of conversations I show humility, not wishing to bang on about my own life, opinions or history at the expense of the other person. But it should work both ways. It should be balanced - not one-sided, not waiting for the prompts and questions that never arrive.

How about you? Have you also encountered this one-sidedness phenomenon as you travel through life? Or is it just me?
- July 10, 2017