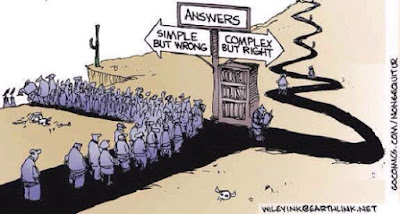 Gay men like pink, frilly lampshades. Chinese people are yellow. French people smell of garlic. German people like sausages. Italians are great lovers. Americans are big-headed. English people are snooty. Lancashire people are as thick as pig shit. Yorkshire folk are honest. Londoners are untrustworthy. Norwegians are good at skiing. Jews are miserly. Muslims want to take over the world. Posh people like fox hunting. Working class people swear and drink beer. Builders overcharge. The police are bullies. Politicians are solely interested in their own careers. They don't care about the people who elect them. Homeless people are drug addicts. Men are insensitive. Women's conversations are fatuous. In the house women do all the work.  Men watch TV and scratch their arses. Women are caring. Men like the sound of their own voices. Black people are lazy. Australian aborigines are drunkards. The Irish are funny. Canadians are boring. On and on and on...

It's all a load of tosh. Stupid

But it's easy to do. From time to time we are all guilty of ignorant generalisation. And I am no different from the rest. If you trawled back through this blog I am sure you would find evidence of me generalising. Taking the easy route. Not stopping to think. But I do try to guard against it. Generalisation I mean.

If we know we are about to generalise we should probably preface our remarks with "Generally speaking..." or "In general I find..." or "I know it's not true of all bus drivers but..." - just to show an awareness that most generalisations are built on shaky ground.

Everybody is different. There are interesting Canadians like Red and Jenny and Joni Mitchell. In the majority of gay men's homes you will not encounter pink frilly lampshades. Plenty of dishonest Yorkshire folk now languish in prison. Some French people are not fond of garlic. Some Italians are celibate. On and on and on...