Did you know that every day, yes every day an estimated 5500 children - mainly babies - die in eastern and southern Africa? They die from diarrhoea, malaria and malnutrition. Most of these deaths could be prevented. £1.5 million could certainly help hundreds of babies to live.

Meanwhile in England, a baby who is more or less brain dead has become an international  cause célèbre  with even The Pope and Donald Trump muscling in with tacit support for the parents of little Charlie Gard, The parents seem unable to accept that the kindest thing to do would be to remove Charlie's life support. Desperately, they have been clutching at straws. More than £1.5 million has been raised via crowdfunding to pay for their campaign and experimental medical treatment that will never provide the miracle that Charlie's parents are clearly seeking.

The case has been all over the TV and press. But I would ask this - when did we last hear Donald Trump and The Pope speaking up for the dying babies of Africa? Where is the current TV and press coverage of those "cases"?  Are we saying that the lives of all those African children matter less than the life of one helpless, brain damaged baby who relies on machines just to exist? 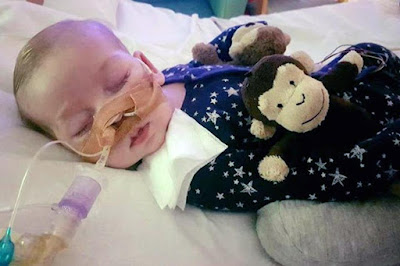 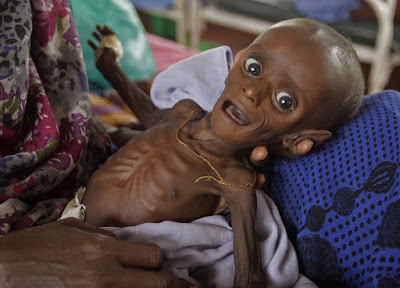