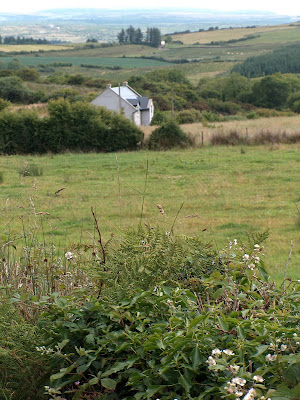 The view from Paul's house
How are we meant to live? How are we meant to be? For millennia, human beings were never city dwellers. We raised crops and animals. We hunted. We fished. We existed in small rural communities living interdependently with our neighbours with whom there were often blood links. When they became adults, our children made their homes in close proximity to us and our horizons were limited. Though we knew there was an outer world, what really mattered was the continual quest for survival and happiness within our rural microworlds.
The patterns that evolved from that way of living are imprinted like tattoos upon our very DNA. We were never "meant" to live in cities. Cities happened but the fundamental rural psychology of our species never changed. We jump in taxis, check our texts, flick through channels on the television, listen to our microwaves ping, book flights to Timbuktu, dance to the throbbing rhythms of city life but underneath it all we were programmed to wake with the sunrise and pursue country habits like sowing seeds, picking fruit and thatching the roofs of our huts.
It is estimated by demographers that it was only two years ago that the balance of the world's population switched to become more urban than rural. Just over 3.3 billion people now live in cities while just under 3.3 billion continue to live rural lives that are very often still about subsistence and those ancient quests for survival and happiness.
I was reminded of this as Paul's open coffin rested on wooden chairs in the living room of the isolated Irish schoolhouse where he and Josephine made their home. When people die in rural Ireland their wakes and funerals happen very quickly not just because of corporal decomposition but also because, for hundreds of years, the only attendees would have been family, friends and neighbours living within walking distance.
Now most extended families are fractured. We probably live far distant from the place where we were born and raised. We may well have important relatives living in Australia, Hong Kong, Canada or yes - Timbuktu. We may connect with them through telephone calls, emails, Christmas cards but it's not the same as walking up the lane and saying "Can you help me with my thatching?" or "I've brought you some spare logs for the winter."
We'll never get back there to that natural life. Most of us will continue to live in urban areas, sometimes with neighbours we will never meet, surrounded by strangers as sirens occasionally wail from the dark heart of the city. And you can never really escape to the country because it's not the same country that it used to be and your neighbours are more likely to be urban refugees like yourself than continual country dwellers or your second cousin's family. 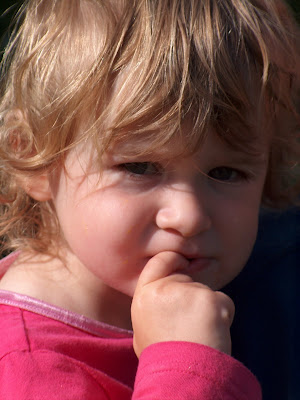