Looking for an unusual holiday location? What about Africa? And specifically what about Angola? It is a beautiful country with miles of scenic south Atlantic beaches and a rich array of wildlife. Formerly colonised by the Portuguese, it still retains attractive echoes of that "benevolent" occupation. Oh, but hang on a minute, hadn't we better find out what life is like for visitors to Angola's exciting capital city - Luanda?

There is a high level of crime in Luanda. Muggings, particularly to steal mobile phones and other valuables, and armed robberies can occur in any area at any time of the day or night. Areas popular with foreigners are particular targets.

Incidents of rape have been reported in popular nightlife areas, as well as in private homes. Don’t travel alone at night.

Avoid walking around Luanda, especially after dark. Avoid wearing jewellery or watches in public places. Don’t change or withdraw large sums of money in busy public areas. Avoid walking between bars and restaurants on the Ilha do Cabo, and avoid crowded places like markets.

Theft from stationary or slow-moving cars is common in downtown Luanda. Keep valuables out of sight and don’t use mobiles or laptops while in traffic. A high proportion of the civilian population is armed.

When driving, be very wary if another car signals you to pull over. Thieves use the pretext of a minor traffic incident to get you out of your car either to steal it or to rob you.

So, Las Vegas? The Costa Blanca? A remote Greek island? No way! Reading between the lines of the carefully considered travel advice above you can see how much more exciting Angola would be as a holiday destination. 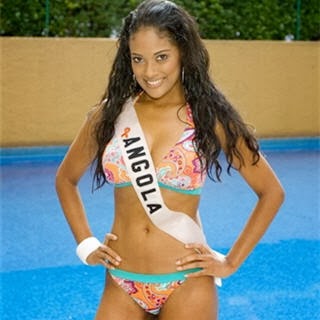