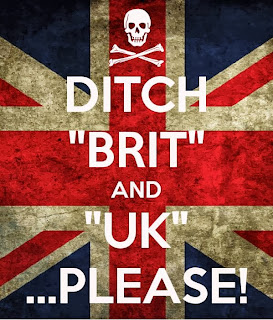 In my youth, the term "United Kingdom" appeared on the fronts of British passports and that is pretty much where it stayed - "United Kingdom of Great Britain and Northern Ireland". Back then if a foreigner asked where you were from you would say "Great Britain" and when travelling abroad we announced our homeland with "GB" stickers on our cars. Nobody ever said they were from "The United Kingdom" or worse still "The UK". When you were asked for your home country - on official forms for example - the response was always "Great Britain" - never "UK". 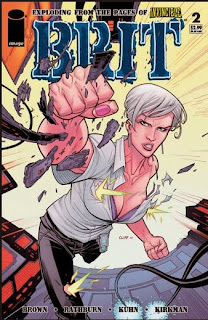 Since this "UK" term has filtered into common usage, I have taken to saying I'm from England - no longer Great Britain. Besides, when I think about it, I don't like being bunched together with the Northern Irish or the Scots - though I am quite happy to lie in the same bed as the cuddly Welsh! It's hard to pinpoint when widespread use of the lazy term "UK" really gained a foothold. To have the proud heritage and history of these British Isles reduced to just two letters - like a breakfast cereal or a table sauce or something - doesn't get my vote and never will.

As both an Englishman and a British citizen, I am also against the use of the term "Brit". Like "UK" it is lazy and seems to be suggesting some kind of  naff notion of modernity. Hey dude - look at me - I'm in the Brit club - like The Beatles, Mini cars, HP sauce, Carnaby Street and the hovercraft. Well I for one am not in this Brit Club and if I ever hear the word "Brit" on the radio or TV, it makes me squirm. Britt Eckland is now seventy one but she is the only "Brit" I am in favour of and she boasts a double "t"!

Language evolves and I have no problem with the majority of changes and additions that have happened in English in my lifetime but "UK" and "Brit"? Yeuch! If there was such an organisation as the Academie Anglaise, I would petition to get "UK" and "Brit" banned. They are as offensive to the ear as chewing gum on the pavement or litter in the street are to the eye. UK even sounds like "Yuk!" and as for Brit Awards? God give me strength.

And that was my latest Victor Meldrew moment. I fully realise that I am like King Canute trying to hold back the tide. Blame the bad back!
- October 14, 2013