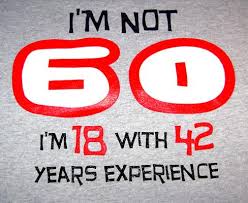 This wasn't meant to happen. Not to me. I was meant to be eighteen forever but I woke up this morning and realised that I was sixty. Sixty years since Mum forced me out into the world with much grunting and gasping in that Victorian school house's front bedroom with the village doctor and three kings and three shepherds in attendance. I weighed ten pounds and seven ounces.

This morning the radio alarm clock sounded at seven and Shirley gave me cards, "The Rough Guide to Yorkshire" ( I assume that means all the rough places in our county - like Leeds, prisons and abattoirs) and my new camera. It's a Sony bridge camera HX-300 which will supply wonderful results I am sure - once I have learnt to master the bare minimum of its many functions. It finally replaces the Nikon D-SLR camera that was stolen from me as I cycled around Ayutthaya, Thailand in March.

Shirley went to work and an hour later I got up, showered and then walked out to a local high street cafe for breakfast. Full English with a mug of tea, getting sweaty by the upstairs window as October sunshine beamed in. Back home Frances has sent me an ominous e-mail "...I’ll speak to you later and tell you all about our secret plan!" Oh dear, I wonder what it could be?

I never like much fuss on my birthdays but tonight to celebrate my sixtieth, Shirley and I are going out to one of the best restaurants in the region - Fischers at Baslow Hall. Probably the one and only time I will ever eat there - using the money that I won by betting that Hull City would be promoted last season - £195 for a £15 stake.

At sixty I am presently in rude health - a full head of hair with little grey, financially solvent and no need for spectacles quite yet. I have done and seen many things in my life - and have been blessed with a lovely wife and family and some good friends. But I can't help feeling it has all gone so fast - like a travelator at an airport - it just keeps rolling me forwards even when I want to get off and just hang about for a while, chase a dream, savour a moment.

Sixty. They say it's the new forty... Now my new camera's battery appears to be fully charged I shall stroll out along the valley of the River Porter up to Forge Dam and take a few practice shots. Happy birthday to me - you old fart!

Later, I am looking across The Shepherds's Wheel Dam on the River Porter - across at the allotment gardens there. This is what I see:- 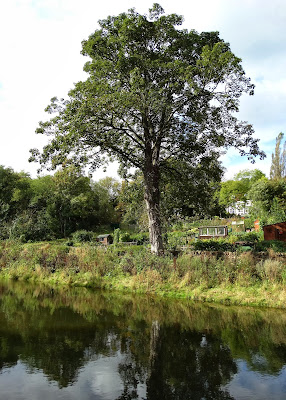 Can you see the little allotment hut to the left of the tree? Then I zoom in on it - standing in the same position. Wow! This new camera has such potential:- 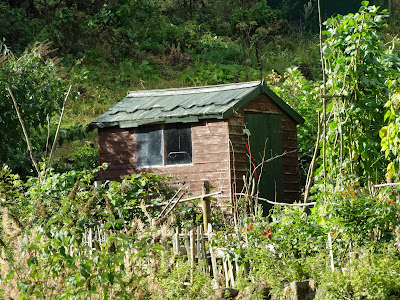 And here are some beech leaves:- 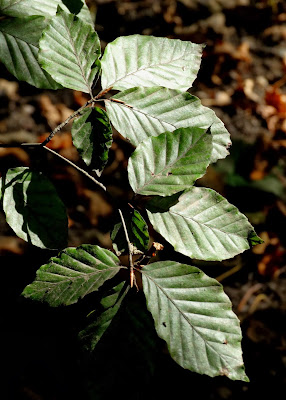 And this is the cafe at Forge Dam where I sat in the birthday sunshine with a cup of birthday hot chocolate:- 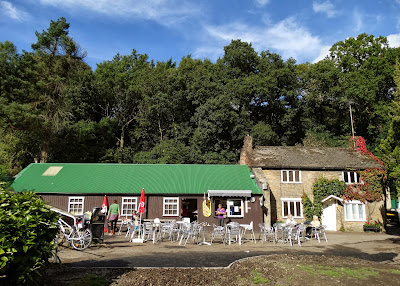