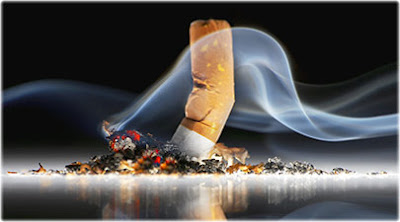 Once I was addicted to tobacco. However, in July 1988 that addiction was brought to a sudden end. I woke up, had a shower, got dressed and grabbed my very last pack of "Benson and Hedges". Instead of pulling out one of these sleek cigarettes and lighting up, I went to our dustbin. There, I pulled out the fifteen remaining cancer sticks and brutally crumpled them up in my hands. Then I crushed the golden packet and tossed that into the dustbin too.

Since that long ago morning I am proud and pleased to report that I haven't smoked a single cigarette. Not one inhalation of the horrible nicotine-laden smoke. After previous half-hearted attempts, I had finally ended my relationship with cigarettes forever.

The evening of February 19th 1985 and Shirley is at work. I am sitting in front of our television set with our new baby son in my arms. I am waiting to watch the very first episode of a new soap opera called "EastEnders".

Very soon I was hooked. At first the soap opera was only screened on Tuesday and Thursday evenings but later it moved to four episodes a week. It was a big commitment - trying to ensure that you saw every new episode but I was a fan, absorbing all of the dramas that unfolded  in and around Albert Square in fictional Walford, London. I loved it and "EastEnders" became a part of my life - a useful release from the hassle and never-ending anxieties that surrounded my working life - leading a team of English teachers while bearing a heavy weight of expectation. 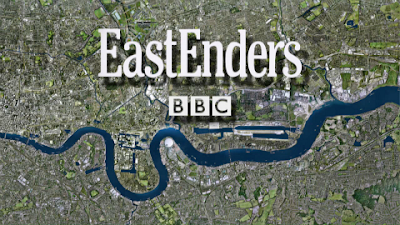 For twenty eight years I watched "EastEnders", hardly ever missing an episode. Even when I was working in Thailand I would catch up on the soap opera with the aid of "YouTube" or read plot summaries on the BBC website.

But in the summer of 2013, I decided that enough was enough. Watching "EastEnders" had become a ridiculous commitment and when all was said and done it was only television. Don't get me wrong, I always loved the show and admired its clever interwoven plots and the high quality of its scripts. There were many highs and the producers often bravely tackled modern issues through the drama such as child abuse, alcoholism, homelessness and mental ill-health.

Since July 15th, 2013 I haven't watched a single episode. It has been a bit like giving up cigarettes. I sense that it would be very easy to get hooked again by just watching one more programme.   But it's over now.

And how about you dear reader, have you been successful in giving up an addiction? If so, how did you do it?
- April 04, 2016