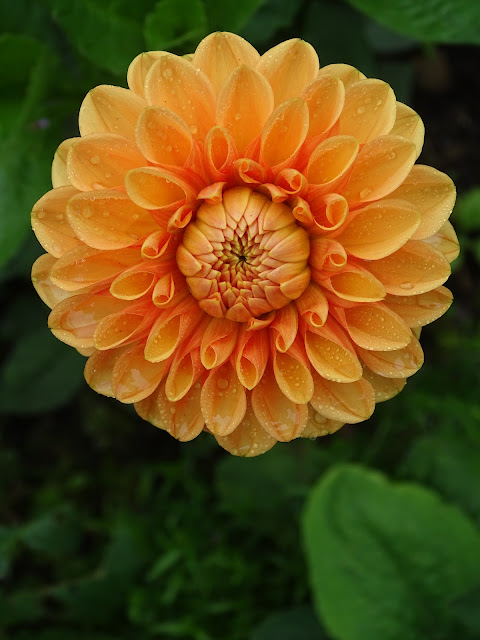 Shirley grew some flowers to add to the mass of flowers that were purchased for the wedding. She grew dahlias for the first time.

Now I am not usually a huge fan of garden flowers. I can take them or leave them because I get far more pleasure and satisfaction from growing vegetables and fruit - things that I can eat. However, partly because I had to water the wedding flowers in dry spells I became rather more interested in them.

And the dahlias were the best of all. I noticed their spectacular geometry with each petal part of a precise design meant to attract pollinating insects. It's as if the heads of our dahlias were designed with the aid of a spirograph. Remember them?

By the way, it is interesting to note that all dahlias originated in Mexico where they were first seen by Spanish adventurers in the early sixteenth century. Establishment in European gardens didn't begin until the end of the eighteenth century.

The trouble with flowers is that they do not last very long. They bloom and fade and then they are gone. In that sense, I guess that each flower is a metaphor for human life.

Below - some of our dahlias in the Fred Fox memorial corner of our front room... 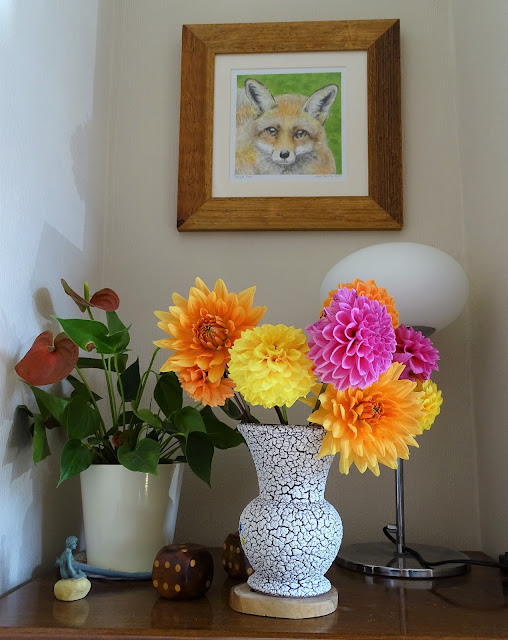