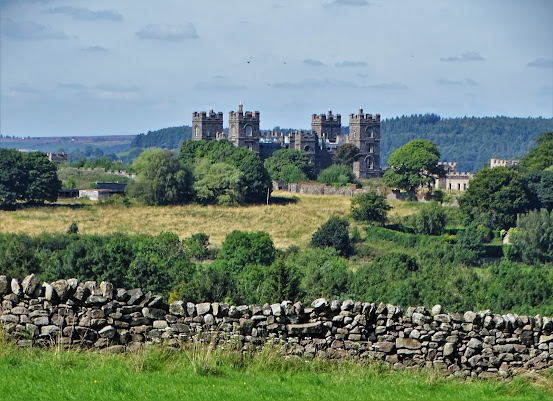 A view of Riber Castle
A good weather forecast took me and my faithful companion Clint to the village of Tansley in Derbyshire. I parked the aforementioned automobile close to Holy Trinity Church before setting off in a southerly direction.

It was another circular walk and rather delightful  too. I saw many things including the village of Riber which is overlooked by Riber Castle - built as recently as 1862 under the instructions of a nineteenth century industrialist called John Smedley who made his fortune through textiles and a successful milling business. In the decades after his death, the gothic castle was used as a boarding school, later a wartime warehouse and later still it was the epicentre of a zoo. The most recent project has seen developers creating luxury apartments. 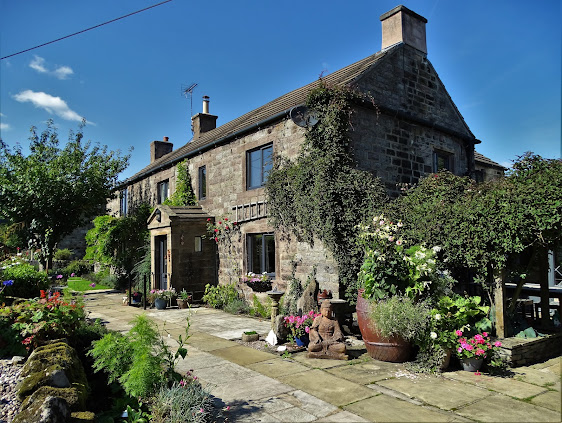 A nearby hamlet is called Hearthstone which in my opinion is a smashing name for a peaceful settlement high above the valley of The River Derwent.

It was a lovely day. I walked for almost three hours so I did not overtax myself as I sometimes do - often reaching Clint like a legionnaire who has just trudged  across The Sahara Desert. Today I still felt fresh and could have easily walked another five miles. 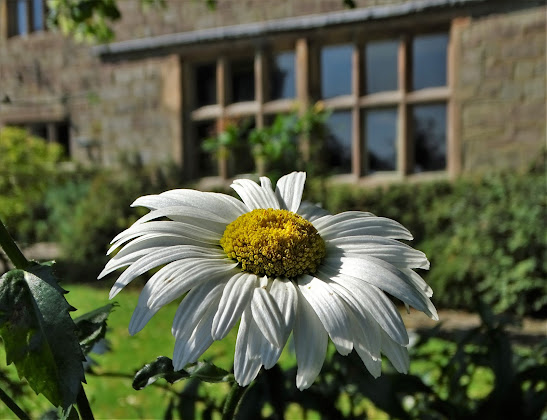 I steered home via Chesterfield - in plenty of time to make our evening meal. New potatoes, tenderstem broccoli and slices of cold beef with the same homemade gravy we had at our Sunday dinner table with Stewart, Frances and Phoebe in attendance. She tried Yorkshire pudding for the very first time before tossing it on the floor. Sacré bleu! 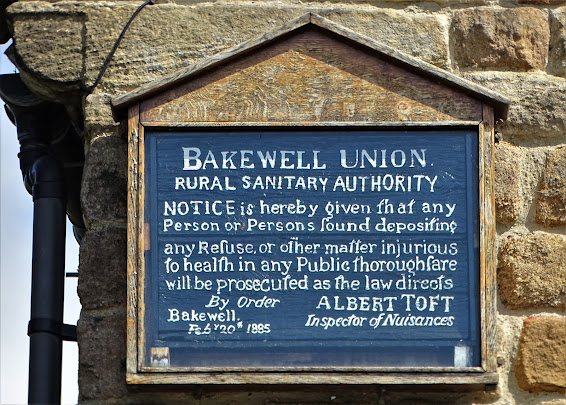