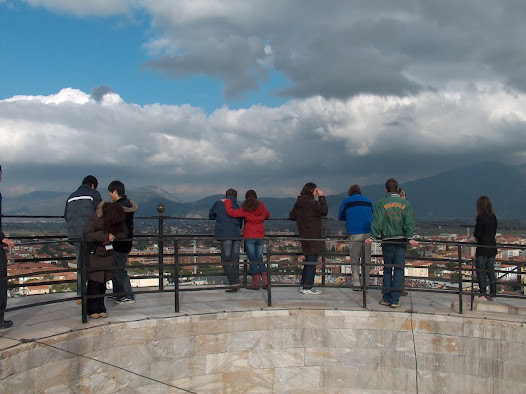 In this post I travel fourteen years back in time  to 2007 courtesy of my photo library. Like 2006, it was a year in which I did more than my fair share of foreign travel. Above - can you guess where that is? It is an unusual view of  The Leaning Tower of Pisa in Italy. I was in Tuscany for three days in February - also visiting Florence and Leonardo's birthplace in Anchiano near Vinci.
At Eastertime, Shirley and I went to Morocco for ten days. It was a self-made holiday with half the time spent in Marrakesh and the other half at Essaouira  on the Atlantic coast which is where I took this picture of fishing boats:- 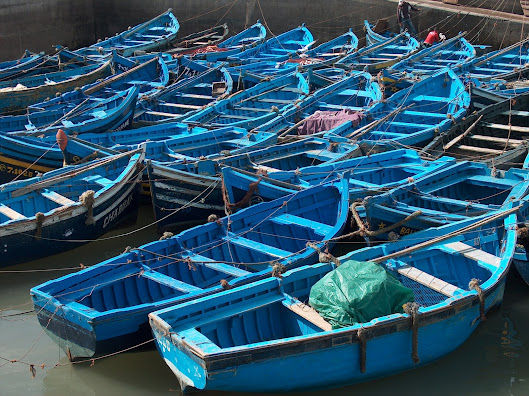 In early June we went to Galicia in northern Spain with our friends Moira and Steve. Like many pilgrims before us, we visited the great cathedral at Santiago di Compostela. Here it is claimed that the bones of St James are concealed in his gaudy shrine though the story is of course all pure fantasy. This is a view of the cathedral against a slightly threatening sky:- 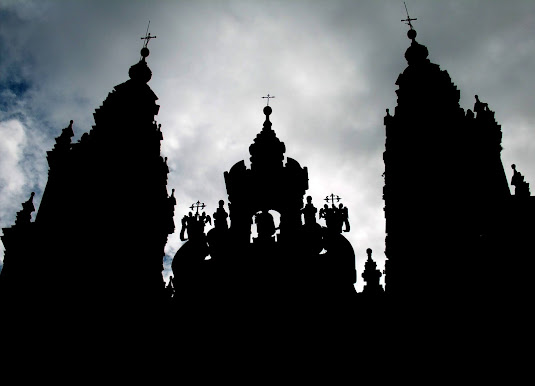 In early August, Shirley and I flew to Biarritz in south west France where we picked up a hire care before meandering through the foothills of the Pyrenees to my brother's house near Pamiers, south of Toulouse. We stayed in a small hotel near Lourdes before travelling into the town to mingle with more Roman Catholic fantasists. The people in wheelchairs were hoping for cures as hundreds filled plastic bottles with holy water near the shrine of St Bernadette:- 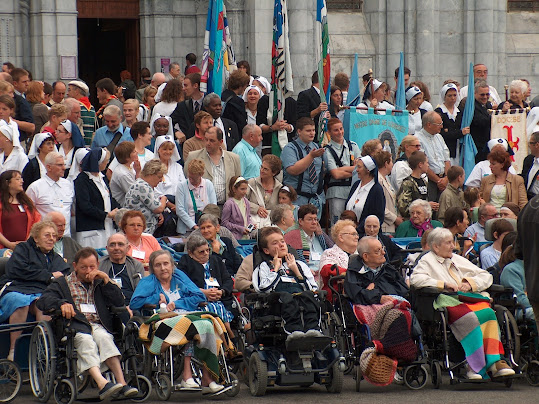 At the end of August, I flew to Gdansk in Poland from our local airport - Doncaster-Sheffield, also known as Robin Hood Airport. This is a picture of St Mary's Church in the old town - one of the biggest brick-built churches in the world and it was completed in 1502 after a hundred years of  construction work:- 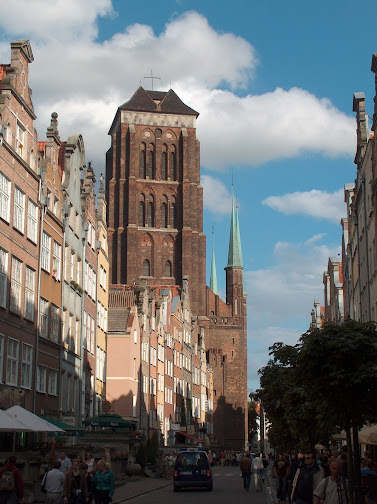 So that's that. A look back at 2007, the year that Luciano Pavarotti, Kurt Vonnegut and Benazir Bhutto died. All that travelling, soaking places up like a sponge. What a contrast with the time of this plague that we have all been living with for so loooooong now. Apart from my country walks, I have hardly been anywhere. Never mind - last night we booked a house in a Leicestershire village for early September and we won't need to fly there.
- August 26, 2021