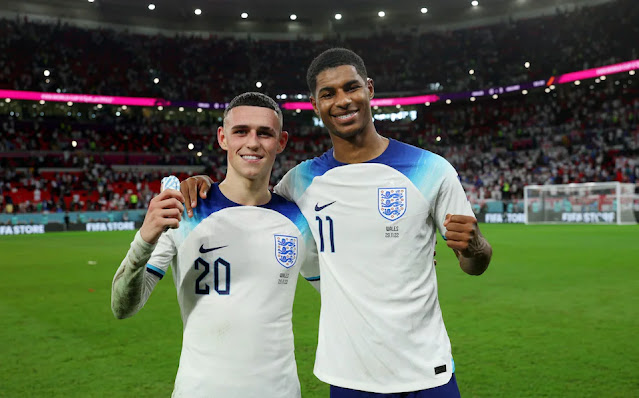 Well - that was a nice way to spend two hours. England deservedly beat Wales by three goals to nil at the Ahmad bin Ali Stadium.in Qatar. It was our last game in the group stage  of The World Cup and now we have qualified for the second stage along with fifteen other teams. One of them will be The USA who beat Iran by one goal to nil at the very same time that we were beating Wales.

Our lads looked really good tonight. After a patient first half, there was some zippy, creative football in the second half with two goals from Marcus Rashford and one from Phil Foden. They are both Manchester lads but there were also four Yorkshire-born players in the team - Walker, Stones, Maguire and Phillips.

Compared with England, Wales is a small country with a population of only 3.1 million whereas England has a population of 56 million if you don't count the boat loads of asylum seekers and economic migrants who have come to join us this year. In Wales, rugby is a very popular sport and in some schools it still takes precedence over football.

I feel no animosity whatsoever towards the Welsh. They have a proud history, an ancient language, great singers and writers and when it comes to sport they are very passionate about their nation. It is also a land of hard work and natural beauty - the homeland of three of my personal heroes - the poet  Dylan Thomas and Aneurin Bevan - the architect of The National Health Service - plus the famous blogger and hospice nurse John Gray.

Trouble was that though Wales players may have the hearts of dragons, their skills generally fall far short of the talents that England's manager can call upon. Wales now bow out of the tournament but not in disgrace. They did their best and you cannot ask for more than that. Meanwhile, England go on to play Senegal in the Round of 16.

Finally, you may be wondering who the hell Ahmad bin Ali was. He was the fifth ruler of Qatar - between 1960 and 1972. "He was noted for his solemnity, wisdom and careful discretion in tackling issues". Oh yeah? That's him below:- 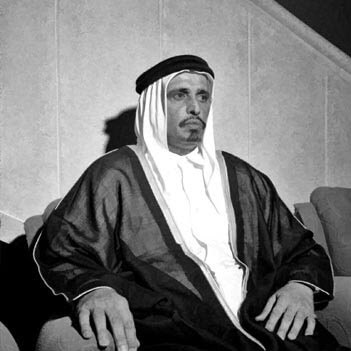