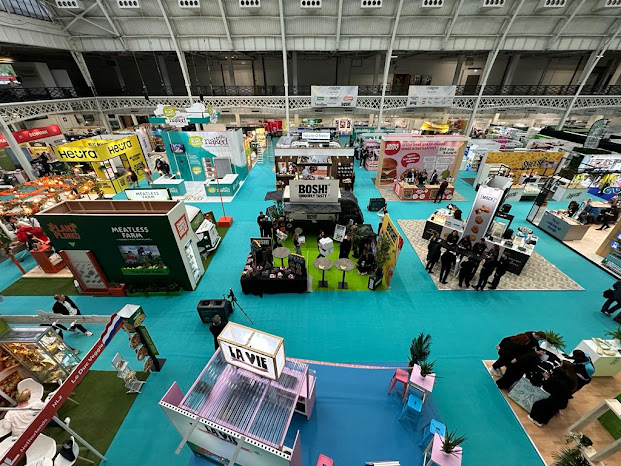 Before the doors opened

It has been a while since I mentioned my son Ian. As a number of visitors to this blog will remember, he is one half of the successful BOSH! duo who, in the last six years, have helped massively  to put vegan cuisine and vegan cooking into mainstream consciousness.

Vegans are no longer tree-hugging pasty-faced hippies who dine on lentils and carrot soup. Besides, Ian and Henry have no big issue with the suggestion that it's okay  to be a part-time vegan because veganism isn't a religion. If you can't go the whole way, maybe you can just go part of the way.

Personally, I am an omnivore but on days that happen to be meatless without dairy products or eggs, I am being vegan. Perhaps I used to but nowadays I never bristle about the term.

Today and tomorrow, BOSH! have a swanky trade stall in the Olympia exhibition hall in Kensington, London. It is hosting the Plant Based World Expo Europe! Ian sent us the photos that illustrate this blogpost.

By all accounts, everything at BOSH! continues to tick over nicely. This year's book was titled "BOSH! On A Budget" and next year yet another recipe book will be published but I am currently sworn to secrecy about its title and contents. It may cause some ripples in plant-based circles.

Meantime, I thought I would have another look at the BOSH! Wikipedia page. It is now much more informative than it was two or three years ago and if out of curiosity you would like to know more please go there 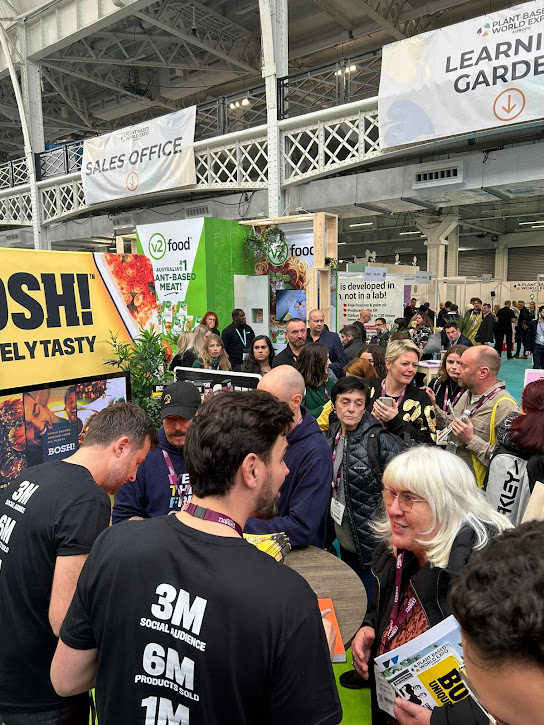 Exhibition in full swing earlier today - Ian on the left, Henry on the right