This weekend British football fans and the wider community have held their breaths for Bolton Wanderers' Fabrice Muamba, a talented twenty three year old defender of Congolese origin. Tragically, he collapsed on the pitch in a cup game against Tottenham. No one was near him at the time. He just went down as if struck by invisible lightning. Almost immediately, he was surrounded by a team of paramedics and other first aiders who worked like crazy to save the young man's life. It seems that the problem is heart related. 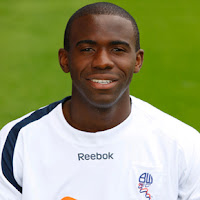 I listened to BBC Radio Five Live's talk-in, aired within an hour of Muamba being rushed to hospital. Already listeners were phoning in trying to blame somebody for what had happened. "This must never be allowed  to happen again on a British football pitch," said one caller and another said, "These young men are people! Not just footballers. The clubs should make sure they're tested regularly. They shouldn't be sending these poor young men out to play if it's putting their lives at risk!"

I say poppycock and balderdash! Outside the glare of TV cameras, a tiny percentage of anonymous young people will unfortunately collapse with previously unrecognised heart defects or blood clots. It's nobody's fault. It's just the random reality of life and the fact that the human body is not some highly-tuned motor vehicle straight off a production line. We're vulnerable and imperfect. Three score years and ten is not an inviolable right. There will be tragedies every so often. So please resist the urge to point fingers and find scapegoats.

Who wouldn't feel sorry for Fabrice Muamba and his family and I am sure we all sincerely hope he emerges from hospital on his own two feet - perhaps even able to play the game he loves again. However, I feel much more sorry about the four hundred and five young British soldiers who have given their lives so pointlessly in Afghanistan. Regarding their deaths, it is possible, even desirable to determine blame. The culprits surely dress in smart suits and smile at cameras. They have teams of advisers and fat personal bank accounts.They do not walk down dusty highways far from home, fearful they might step on cleverly concealed IEDs. 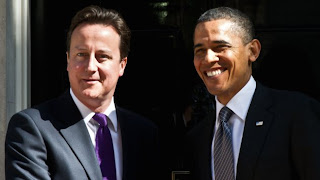