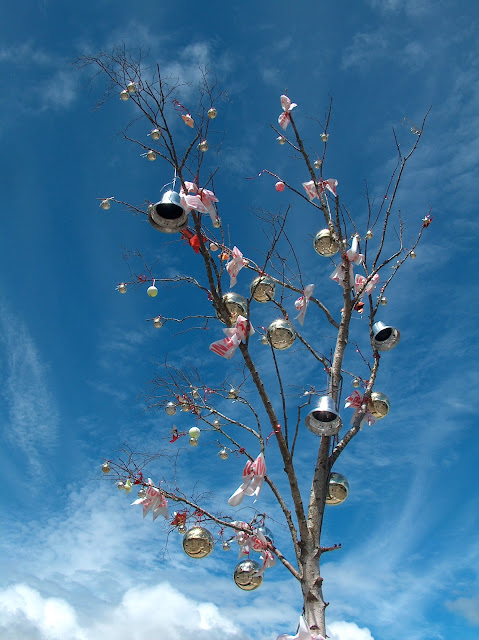 This is a picture I took in Lyttleton, New Zealand in early January. There Christmas comes in mid-summer. Lyttleton is the main port of New Zealand's South Island - serving Christchurch and the Canterbury Plains.It was rocked to its knees by the massive "after shock" earthquake of February 22nd 2011.  Many of its historical buildings were damaged beyond repair and have now been demolished. Some businesses still trade from shipping containers. As Ann, the proprietor of our B&B cabin - Koa Cottage in the nearby village of Little River said, Lyttleton is a "broken town". But see the silver bells in the dead tree on London Street and those plastic ribbons made from disaster warning tape. They show that hope isn't lost and it is possible to fix broken places, broken things.
- March 13, 2012