Shhh! Can you keep a secret? On January 30th, I saw a blank "Word" page in front of me and I just started writing. There was no particular plan. I just let the words flow. Now I have written 40,000 words and I'm still going. A story has emerged and one of the beauties of writing with the aid of  a computer is that I can keep going back and tinkering with what I have already written to enhance the story and to make it all fit together better.

I guess it's a story for adolescents like James - my fourteen year old narrator - but it might have wider appeal.

Anyone who writes probably harbours secret ambitions of getting published. Of course fulfilling such a dream is, in terms of the odds,  almost on a par with the possibility of winning The National  Lottery. Even if you come up with a genuinely brilliant original "product", getting it accepted by a publisher may be like getting a private audience with The Queen. So of course I am not very hopeful that I will get this thing - my new baby - into print but I will try half a dozen publishers and then when they've said their "no's" I will make a new blog and publish it there instead - chapter by chapter - week by week.

Before then, I have to get the thing finished. It has grown organically, almost in spite of my presence at the keyboard. Stuff - ideas, dialogue, description - have emerged from the dark recesses of my mind in a process that seems mysterious and rather illogical. I have always loved to create things - from meals to mosaics and from poems to photographs. Isn't creation the true essence of life?

I needed to know how long a novel actually is to give myself some kind of word count target. "The Bible" by A.God weighs in at a massive 774,746 words but there are only roughly 77,000 in "Harry Potter and The Philosopher's Stone". William Golding's "Lord of the Flies" contains 59,900 words while Kurt Vonnegut's memorable "Slaughterhouse Five" contains 49,459 words. It seems that novels aimed at mid-adolescent readers tend to be around the 45,000 word mark.

So as you can see I'm getting there. James and his friend have returned to the coast but somebody has been into the old lighthouse before them, removing bricks to reveal the hidden and ancient stairwell that descends to the very base of the headland... 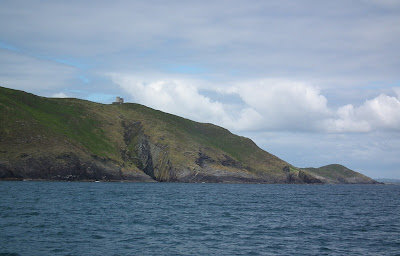