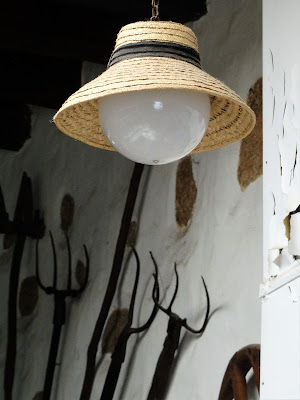 The capital of Lanzarote is a bustling little town called Arrecife - population 56,000. We caught the Number 3 public bus there this morning, straight after breakfast. I was delighted to discover that the place wasn't thronging with foreign tourists. In fact the heart of the town was decidedly Spanish in character with local old men playing dominoes under the canopy of a bar down by the waterfront and workers enjoying long lunch breaks in timeless tapas bars. Girls fishing with a red bucket and local men casting their lines into the harbour. 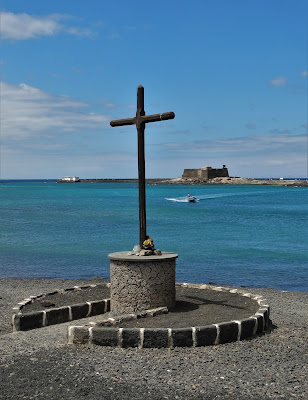 We visited an exhibition of postcards at La Casa Amarilla. It was a lovely little exhibition with soporifuc music playing in the background and enlarged images of the island from the very first days of tourism back in the 1890's when the local people eked out their livings in agriculture and fishing. Farmers would often use camels to plough their sun-seared fields and folk still wore traditional costumes on Sundays and at religious festivals. How sad that the age of the holiday postcard is now almost over as people turn to social media , e-mails and even blogs to send out holiday messages from far away. 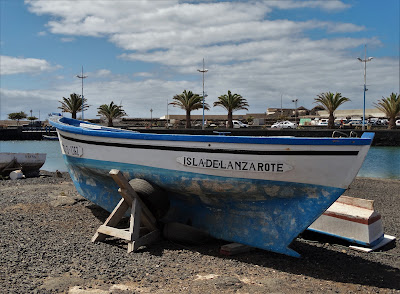 We visited the fifteenth century Castillo de San Gabriel - a fortress which was erected by the entrance to the town's  two harbours  to ward off pirate attacks when trade between Europe and The New World was being established. After a good walk round we entered Cafeteria La Recova on Calle Ginés de Castro y Álvarez. There we ordered three tapas dishes with drinks. The staff were very pleasant and helpful and we were delighted with all three dishes but especially the small pieces of chicken in a tarragon and saffron sauce. Yummy! 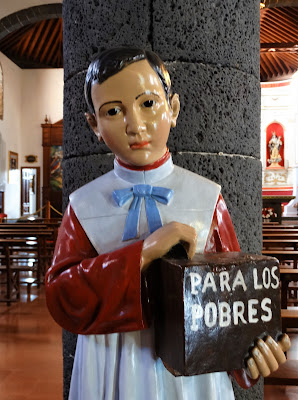 At three o' clock we caught the bus back to Puerto del Carmen. To our dismay, three alcoholic gentlemen we had noticed down by the seafront were also on our bus. They were loud and smelly but they behaved themselves as the bus wound its way past the airport towards our tourist seaside town. It had been a real delight to visit Arrecife - a much nicer place than I was expecting. All the pictures were taken there. 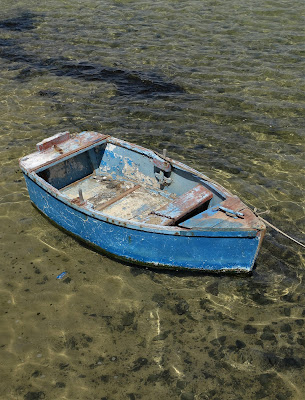 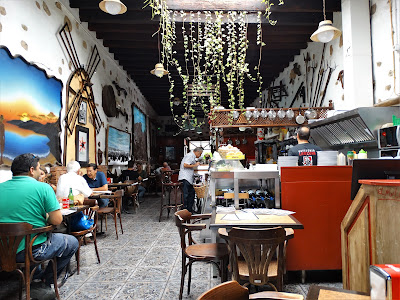 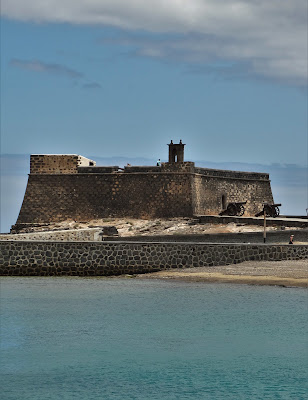