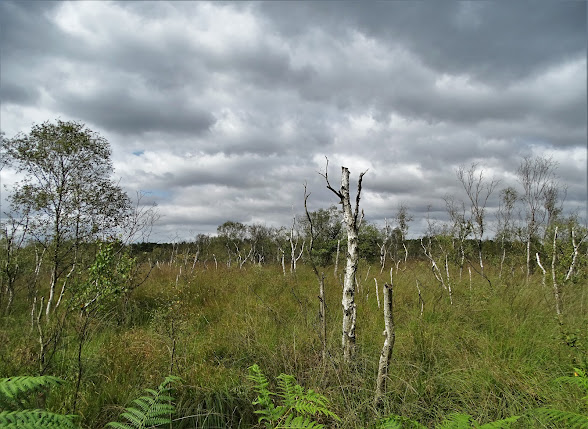 Humberhead Peatlands
Today the weather gods sent  me and Clint  north east of here. It took an hour to get to Crowle. It's a large village that sits at the north end of The Isle of Axholme - west of The River Trent. Long ago, before  effective land drainage schemes happened, I can imagine that the area had the characteristics of an inland island - especially in the wintertime.

Another large settlement on The Isle of Axholme is Epworth which was the home of John and Charles Wesley and therefore the birthplace of Methodism. It's also where Shirley's old secondary school is located.

Due west of Crowle is a vast  area of  peaty moorland known as The Humberhead Peatlands.  It is a haven for birds and insects with adders and other reptiles. There are birch trees there and swathes of bracken. and evidence of past peat workings which happened on an industrial scale at the end of the nineteenth century. Nowadays the entire area is protected. 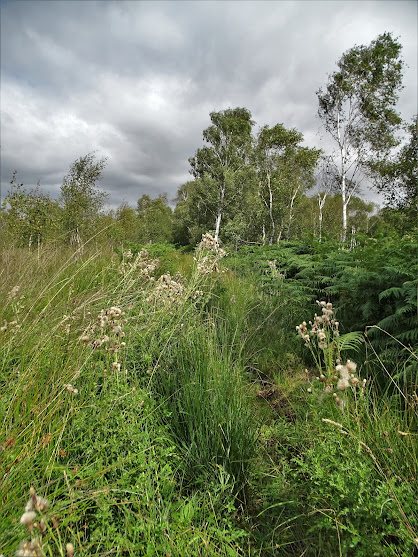 I walked in there but after a mile it became hard to find my way and I feared that I would get lost which, admittedly,  might have met with the approval of a few of this blog's visitors. However, instead of pressing on into the wilderness, I decided, rather wisely I think, to retrace my steps. There were no other visitors and it had become impossible to distinguish between unofficial paths and the alleged public right of way that is supposed to connect Crowle with the village of Moorends beyond the sprawling bogland. 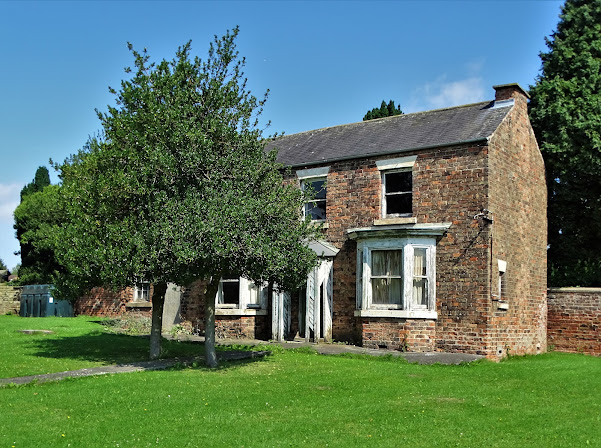 Dilapidated house in Crowle
Later, east of Crowle, I had another walk - this time  in farmland. As the weather gods had promised, the sun shone and the temperature was balmy. Of course the London-based BBC TV weather presenter later assumed that the entire country had been languishing under a blanket of grey Atlantic cloud..."Well it's been a rather grey and chilly day today and there'll be more of the same tomorrow".   Eh? Check your facts matey! 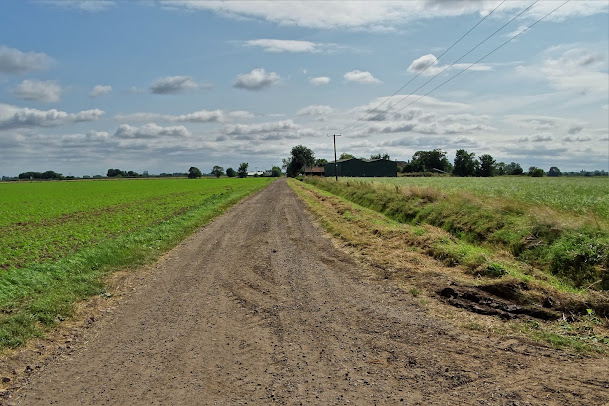