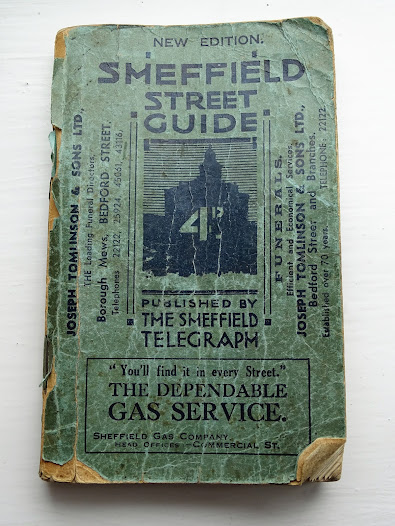 Amongst the many books I have accumulated over the years, I  came across a grubby little Sheffield Street Directory. I believe that it was printed in 1935 even though that significant piece of information is not announced on the cover.

The small book lists every street in this illustrious northern city, indicating which zone and postal district it was in back in 1935.  Alongside those pages, there are advertisements for a range of products and services including "Drama and Elocution" with Bessie Barwell at her house on Machon Bank and "Corsets, Abdominal Belts and Elastic Hosiery" from Ellis, Son and Paramore.

There are also adverts for estate agents, breweries and even high grade coal from the nearby town of Bolsover: "Not an Ordinary Coal but a Super Coal". However, there were two particular adverts that made me chuckle and were rather surprising too - adverts for mysterious schemes that were guaranteed to make you taller!

Standing at exactly six feet from the ground below me, my height has never been anything that has ever bothered me. I am happy with my height. Nonetheless, I realise that there are some visitors out there in Blog World who are small in stature and may fantasise about being taller. It is a shame that we are no longer in 1935 because the adverting could have led those vertically challenged visitors  to increased loftiness and the unbridled happiness that automatically arrives with greater height.

Why not be TALLER? Why don't we see such adverts any more? 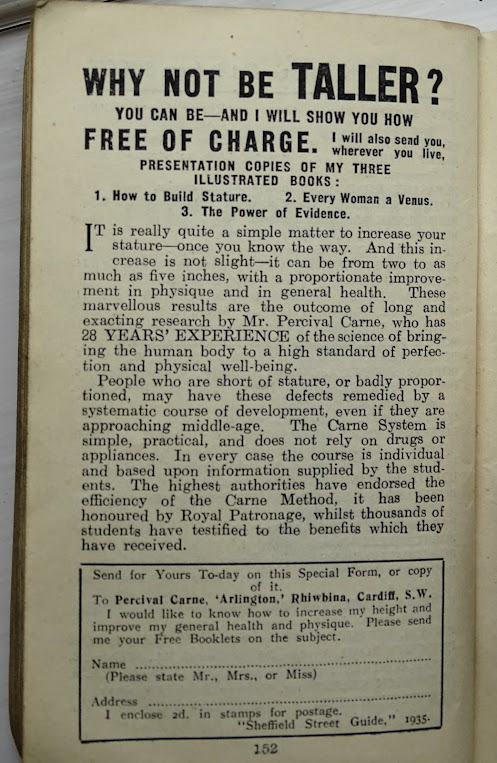 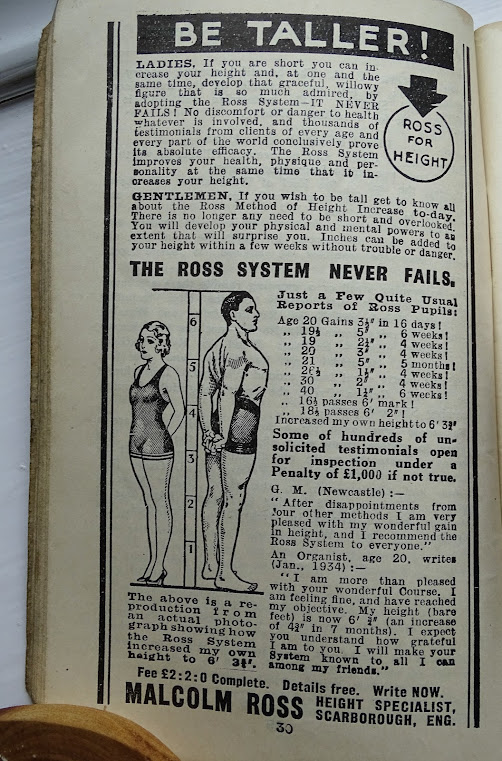